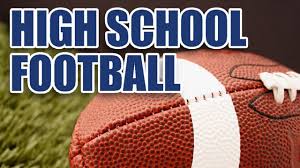 Attention High School Football Fans: Game Day for Week #6 Is Here: We also take this time to demonstrate our solidarity with all football programs as they ask for the public’s, and their fan bases, for the continued support of “October: National Breast Cancer Awareness Month.”  Wear your Pink with Pride! The

second season has started and most teams are totally focused on winning the rest of their games in order to reach the Team’s/School’s goal of making the post-season playoffs. Stay with us for our weekly coverage as the “Race To The Top” continues on tonight for our six CIF/L.A. City Section Schools. Our two CIF/SS schools (Cathedral & Salesian) finish their non-conference schedules tonght and get ready for their Angelus League openers next week. We’ll keep everyone up-to-date with our Scoreboard & Round-Up right here. Thanks again for your ever-increasing support of our new feature. We encourage you to keep sendng your comments and feedback. Please Email me at rico.p.cabrera@eastlass.com.     Rico Cabrera, Sr./East L.A. Sports Scene.Com

Notes From the Editor: Final Scores will be published after our final review of MaxPreps.com on Friday, but no later than Saturdays. Our Weekly Round-Up will be published each Tuesday or earlier. To keep our fans up-to-date with their team ‘s performance, please see their records to date listed below. Another piece of this preview is our “Featured Game of The Week.”  (see write-up). And lastly, see an extra Bonus Feature. We’ve included two video highlights from NBC’s“Roggin’s Heroes – The Challenge” that aired on Sept. 21st. The first video features Garfield’s Stevie Williams scoring untouched on a 56 yd TD run. The second, South Gate’s Antonio Washington as he returned a 40 yd. Pick-6 against Franklin.

“Featured Game Of The Week”

This is the game that Coach Javier Cid  has long been waiting for as the “Man-in-Charge” of the Roosevelt “Rough Riders.“  Simply stated, you only get better when you play the best, and that’s what he had in mind when he asked his counterpart, well-respected Venice High’s Head Coach, Angelo Gasca, to place him on his 2014 schedule. Now, on 10/3, that day is here and the Riders will head West to confront the Gondoliers in this very important City Section non-league match-up. For Coach Gasca, this season has been strictly a work in progress, or a rebuilding one, but he assures his team, the student-body, loyal fans, and sports writers, that they will rally to be in the “Playoff” picture. From Coach Cid’s perspective, he once again has the Riders in an overall winning mode as they prepare for this huge “Road” test, and would love nothing greater than to return to Eastern League play next week with a victory over this longtime City and Westside perennial powerhouse, the Venice “Gondoliers.”  Hang on to your hat, as the fireworks show will start at 7 pm. Try to get out to watch this great “Friday Night Lights”  battle between East vs. West!