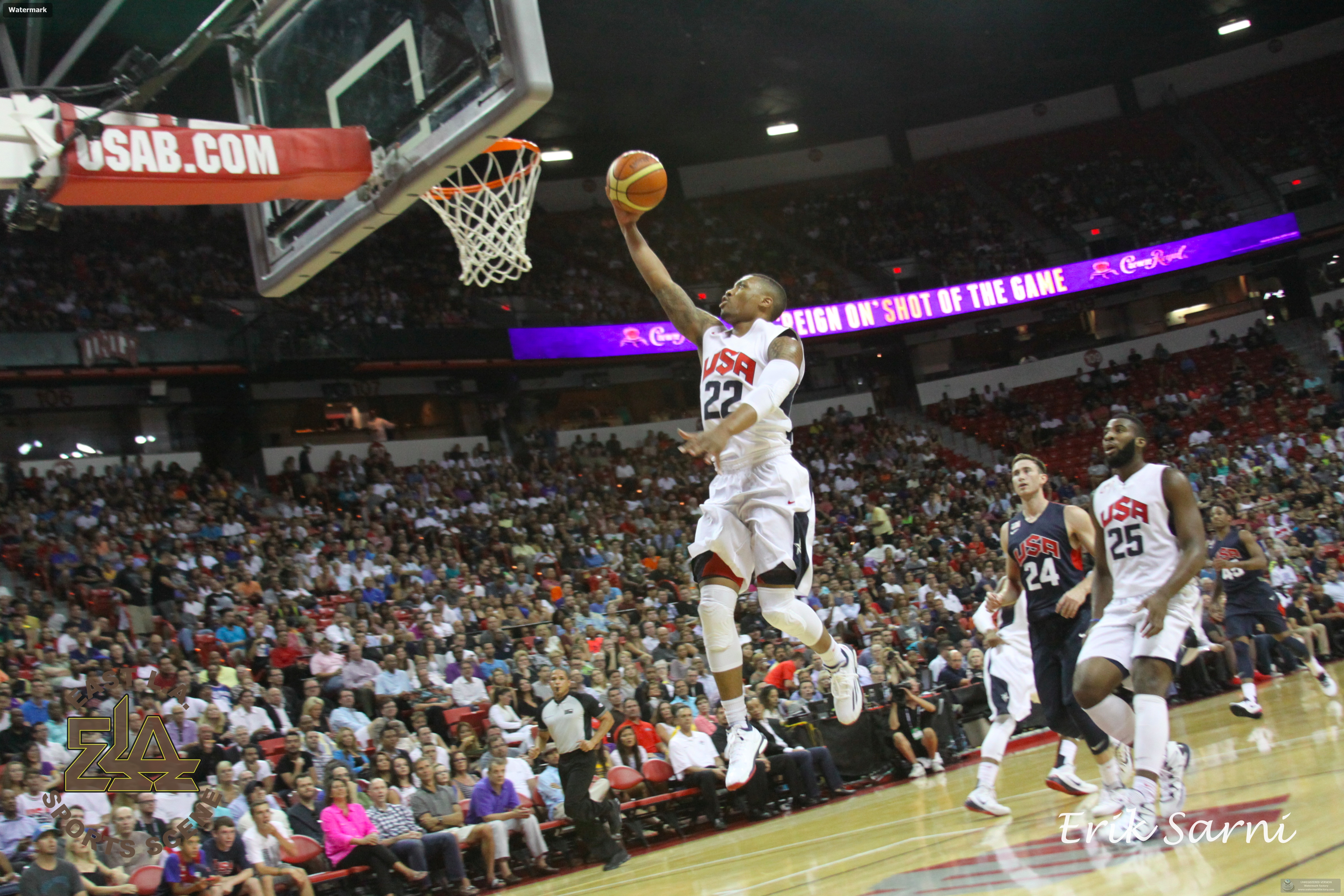 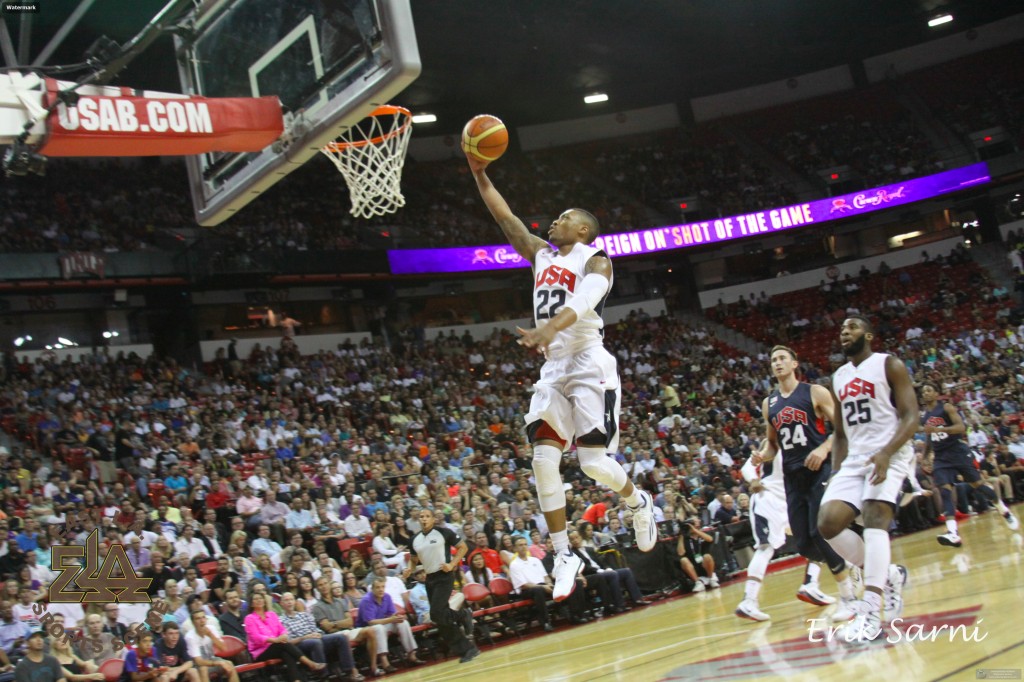 August 1, 2014….After four highly productive days of Camp, the Blue vs White scrimmage took place as it normally does each year. The crowd was  large for this 6 pm game that was televised nationally on ESPN. For three quarters, all players gave their best efforts in what appeared would be a win for the White team, led by Kevin Durant. Then, just 27 seconds into the start of the 4th quarter, unpredictably and suddenly, an unfortunate turn of events occurred. Paul George, Indiana Pacers and NBA rising star, suffered a severe leg injury in an attempt to block a driving lay-up by James Harden. After a 15 minute pause to attend the injured George, Coach Krzyzewski addressed the 12,00 fans and informed them that due to the seriousness of the incident, the game would be stopped. The scoreboard reflected a score of White 81, Blue 71. In the post-game Press Conference, Managing Director of USA Basketball, Jerry Colangelo, and Head Coach Mike Krzyzewski, made statements that USAB was going to direct its efforts at making sure Paul George would be placed on the best possible medical path to recovery. They went on to add that more information would be released by USAB in the next several days.