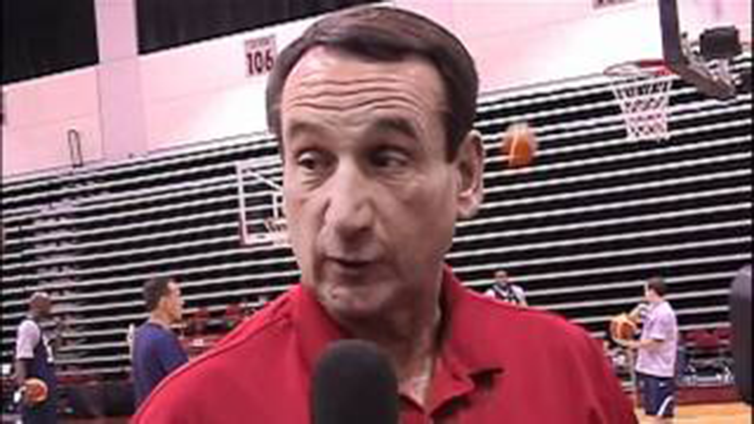 {Editor’s Note: We are pleased to offer archived videos as part of the ongoing content migration to our new site}. When it comes to Head Coaches, the bar can’t be raised any higher than that of Coach Mike Krzyzewski’s. In his current tenure as our Men’s Senior National Team Head Coach, he has repeatedly demonstrated that through his innate and uncompromised ability to bring out the best in our U.S. players, it simply adds up to SUCCESS for our world image as the outright leader in the sport of Basketball. Without a doubt, he is truly “The Best” that there is at accomplishing a total TEAM effort with the results to prove it. Not only are Gold Medals and World Championships won, but Honor, Respect, Total Commitment, and Appreciation are undeniably earned from his players and teams.