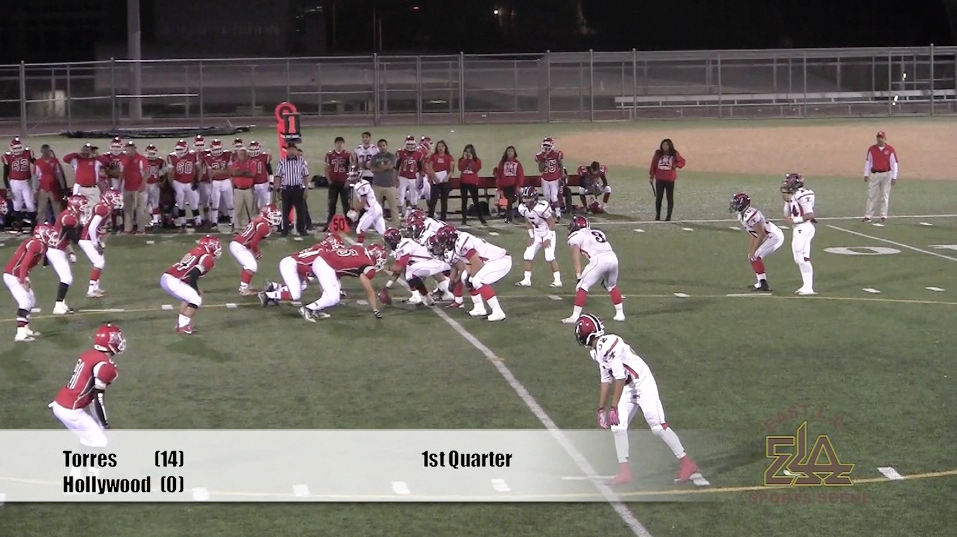 East L.A. Sports Scene’s eighth consecutive “High School Game of the Week” features our second look at the Esteban E. Torres “Toros” as they take on the Hollywood High “Sheiks” in a most important, and playoff implicated, Central League game. There is a slight twist of fate in the background of this encounter, as Hollywood High will play as the Home Team and Torres as the Visitor. An arrangement that both schools obviously agreed to in the off-season. In addition, each school will pay honor and tribute to their Senior players and Cheerleaders during the course of the game. Torres Head Coach Peter Cuevas and his staff are expecting a tough going from the Sheiks even though their record is below the .500 mark. On the other side of the coin, Coach Cuevas has his ‘Toros” ready and set to go as they continue to improve their chances for the historic opportunity to make the post-season playoffs in just the school’s first three years of having established a Varsity football program. Get ready for our production and do keep your eyes set on “History in the Making!!”