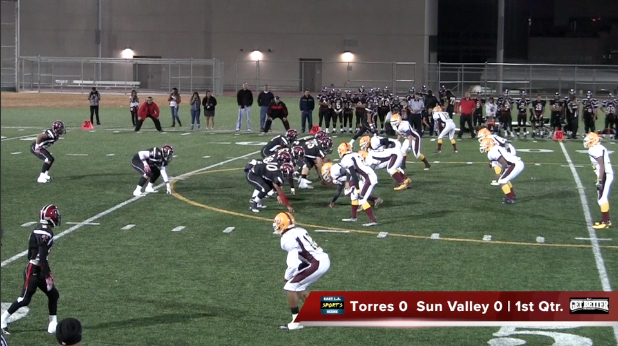 The “Toros” play host to the Sun Valley “Wildcats” in what will be their final home game of the season. This very young, and Peter Cuevas-coached team, look to close out their season with a 5-3 record should they put up enough points on the board to claim victory in this finale. Stay with us as we bring you all of the gridiron action associated with high school football, while at the same time getting a first-hand look at the way the Torres High “Toros” are building their legacy as the new alternative to those student-athletes residing in this renowned East L.A. community. It’s been an up and down season, but nonetheless, a very productive and positive one which produced victories over teams such as: Fulton Prep from Van Nuys; Bernstein High, in Hollywood; Roybal High from the Civic Center, in Metro Los Angeles; and Firebaugh High located in Lynwood. Look on as the “Toros” put the finishing touches on their inaugural season of competing in the CIF’s L.A. City Schools Section. It certainly was a year to remember!!