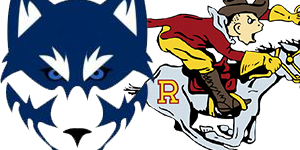 (Boyle Heights/East Los Angeles) —The first round Boys basketball, Division II, playoff game between the Roosevelt Rough Riders and the North Hollywood Huskies has been postponed until Monday, February 11th at 7 pm.

Per an account today onlatimes.com, a CIF/L.A. City Section spokesman stated, that the postponement was due to a “death in the North Hollywood Family” and privacy has been requested. In strong support of this decision, the Section re-scheduled the game at the school’s request.

In tandem with the postponement, the “Live Stream” for tonight’s game has also been re-scheduled and will be available as originally advertised, on Monday, February 11th at 7 pm on the NFHSNetwork (nfhsnetwork.com).

We kindly Thank You for your understanding in this very solemn time of mourning. East L.A. Sports Scene Productions and its staff offer their sincerest condolences to the North Hollywood Family in this time of great sorrow.