(Los Angeles Southwest Community College)—The 2019 WNBA Los Angeles Sparks Media Day was one of the most impressive and best-attended in recent years. The huge and impactful “off-season” moves by Penny Toler and the front-office were magnified by the following actions: 1) the hiring of former Laker great and former New York Knicks coach, Derek Fisher, as their new head coach; 2) the acquisition of Chiney Ogwumike from the Connecticut Sun for the Sparks 2020 first round draft pick; 3) the team’s outstanding recent draft picks of Marina Mabrey (Notre Dame) and Kalani Brown (Baylor); and 4) the timely signings of accomplished veterans, Alexis Jones (Lynx) and Tierra Ruffin-Pratt (Mystics). When all is seen in the aggregated results, it has certainly created a tremendous “buzz” for Sparks and WNBA fans. And lastly, by adding the fact that Super Star, Maya Moore (4 x WNBA Champion/Minnesota Lynx) and Breanna Stewart (2018 WNBA MVP/Seattle Storm) will both miss the entire season, the prohibitive favorite to win the 2019-20 WNBA title, now points very, very brightly to the Los Angeles Sparks. We ask you to like and then share our full production of Media Day coverage, the Photo Gallery below, and our “one-on-one” interviews with Alana Beard, Karlie Samuelson, and Alexis Jones respectively.

On this date, 5/14/19, more than fifty outlets representing all facets of the Media–from Print, Radio, Local TV, Network TV, Cable TV, Social Media Outlets, and the mighty Internet, turned out for this all-important and season-introducing team event. Opening up the Media Day Q & A session was Eli Horowitz, Director, Public Relations & Communications, who asked the press to identify themselves, name the outlet they represented, and announce to whom the question would be directed.

Leading off the day’s agenda were Sparks Executive Vice President & General Manager, Penny Toler, who was accompanied on stage by new Head Coach, Derek Fisher. In addition, all rostered players currently in training camp appeared before the media in the same Q & A format. After this portion was concluded, Coach Fisher and all players were then made available for “one-on-one” interviews, giving reporters and correspondents the great opportunity to capture highly desirable content for their audiences and followers.

The players in attendance, who appeared in tandem, were represented in order by WNBA 5 x All-Star & 2016 MVP & Champion, Forward, Nneka Ogwumike, and her sister, Chiney Ogwumike, WNBA 2014 Rookie of the Year, Forward, who was acquired in the off-season via trade from the Connecticut Sun. Next, it was 2017 & 2018 All-WNBA Defensive “Player Of the Year,” Alana Beard, who appeared with G-F/5-11/Tierra Ruffin-Pratt/6th year, signed as a free agent after six seasons with Washington Mystics. Taking their turn next were 6-1/Forward/Ashley Walker, a three year league veteran who played at California and 6-4/Center/Rachel Hollivay, a second year player who attended Rutgers. They were followed by Rookies, Guard/5-11/Marina Mabrey (2nd round pick/Notre Dame) and Center/6-7/Kalani Brown (7th round pick/Baylor). Up next were third-year Guard/5-9/Alexis Jones, acquired in a trade with the Minnesota Lynx and 2nd-year Sparks player, Guard/6-0/Karlie Samuelson/Mater Dei HS/Stanford. Closing out the session were returning Sparks veterans, C-F/6-4/Maria Vadeeva (Russia-Euro League Champion) and 3 point specialist, Guard/6-0/Sydney Wiese (Oregon State). 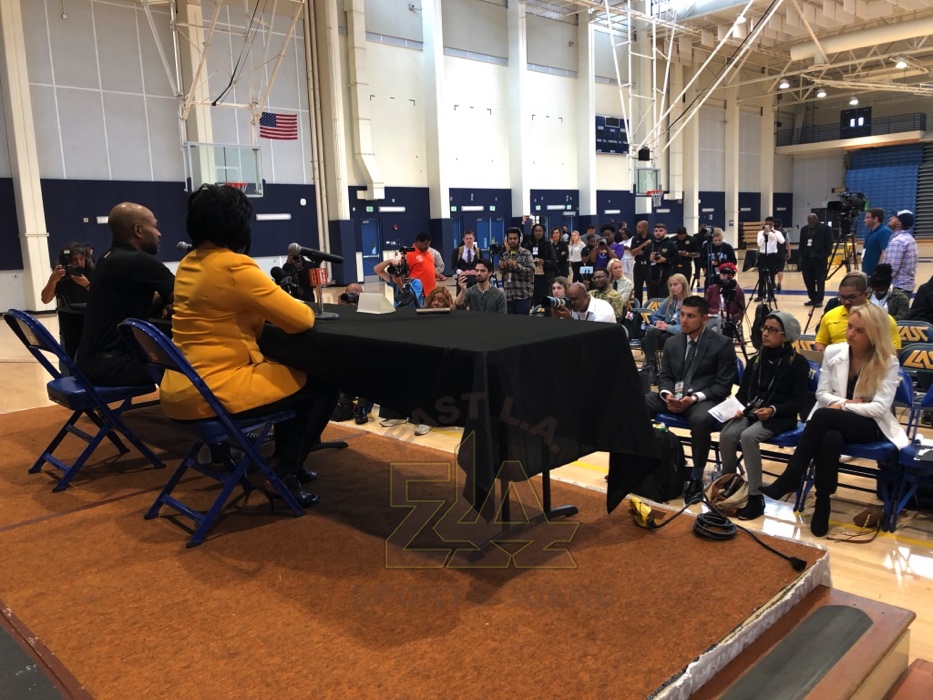 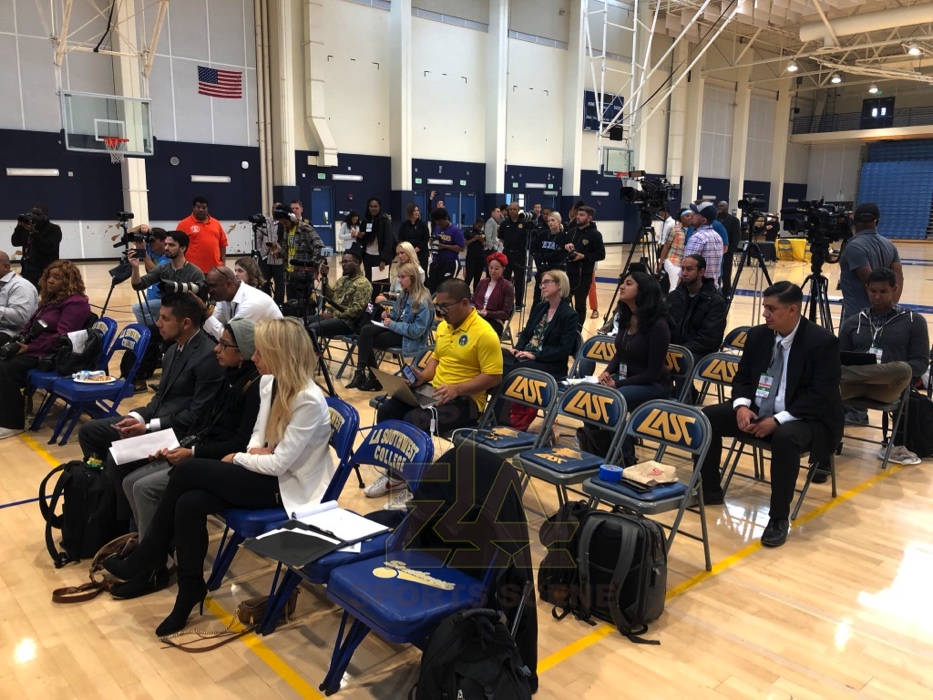 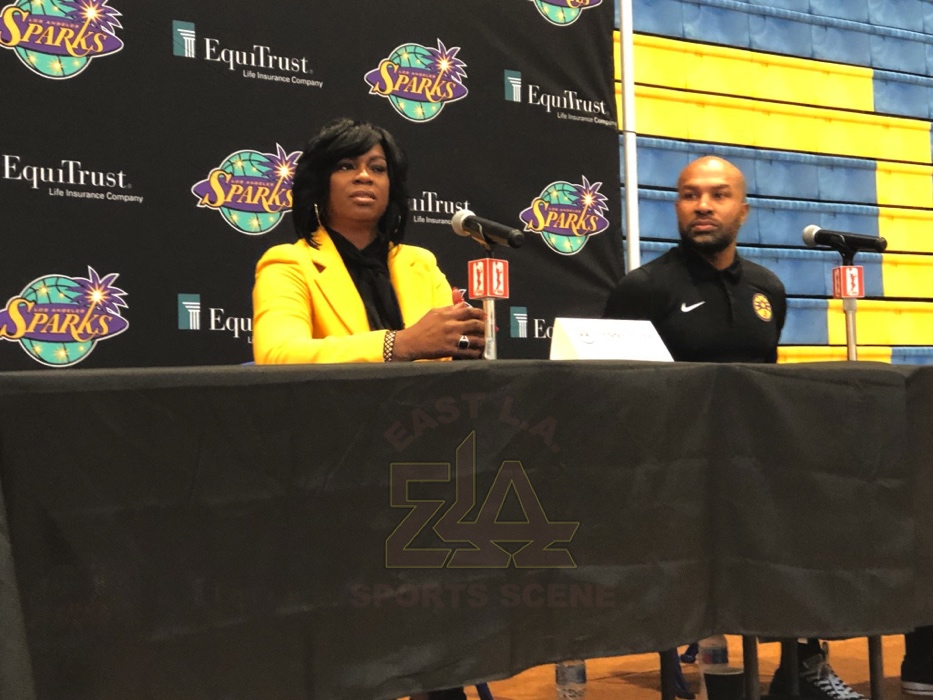 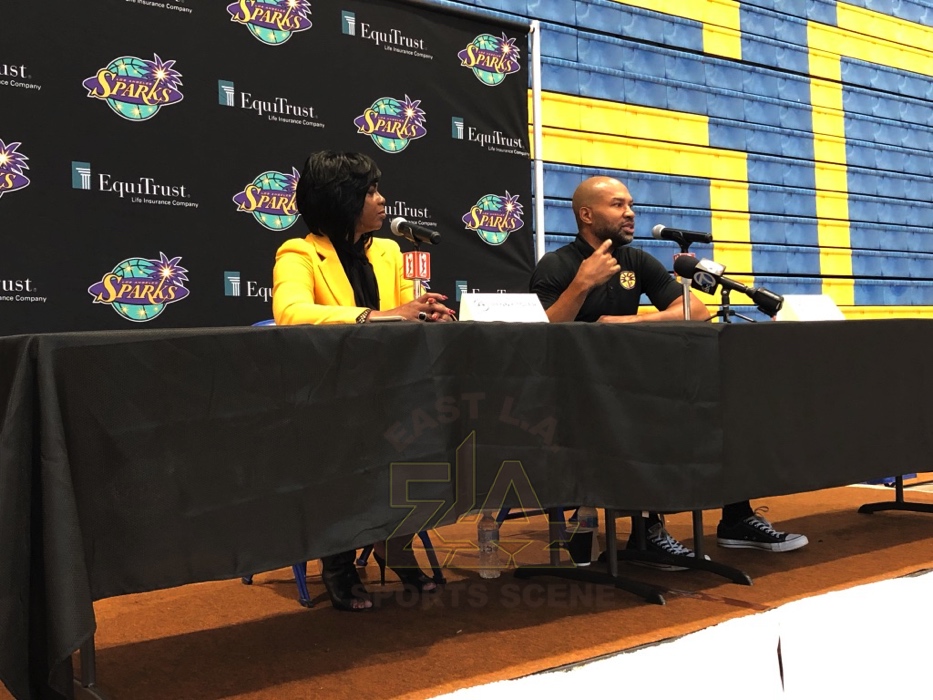 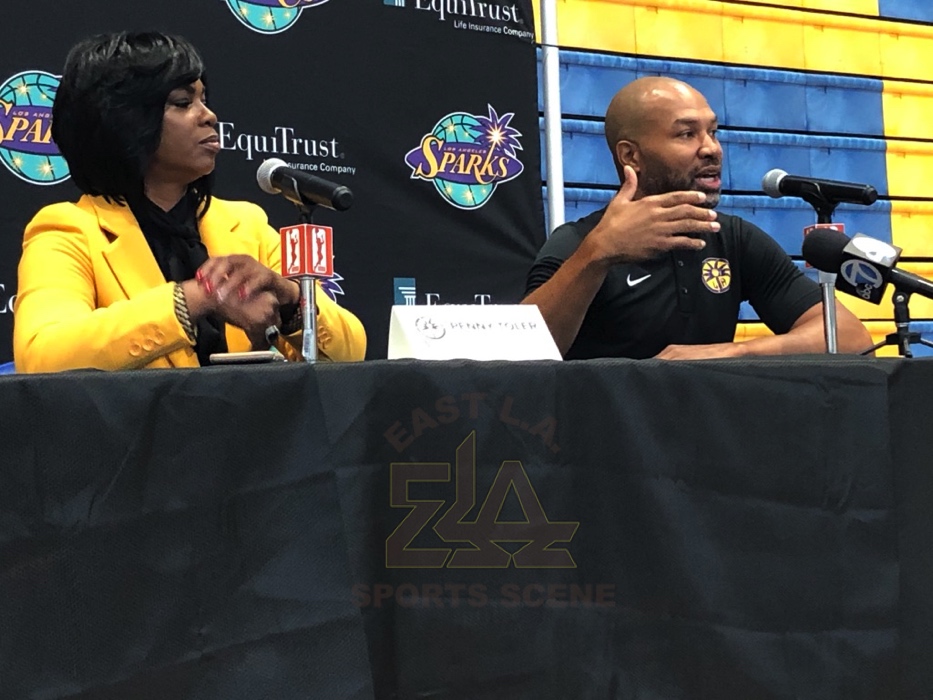 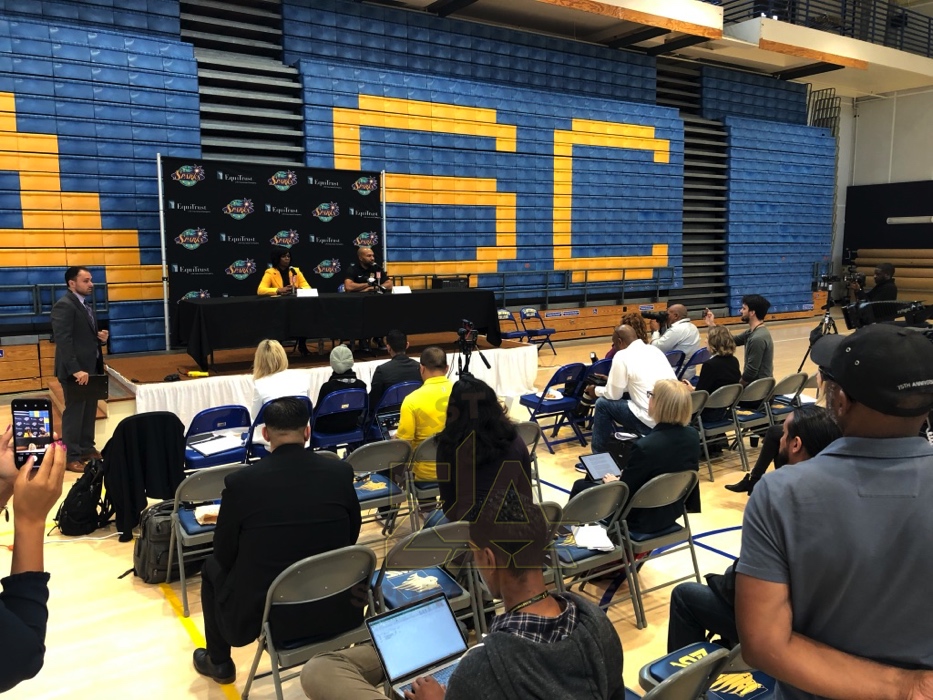 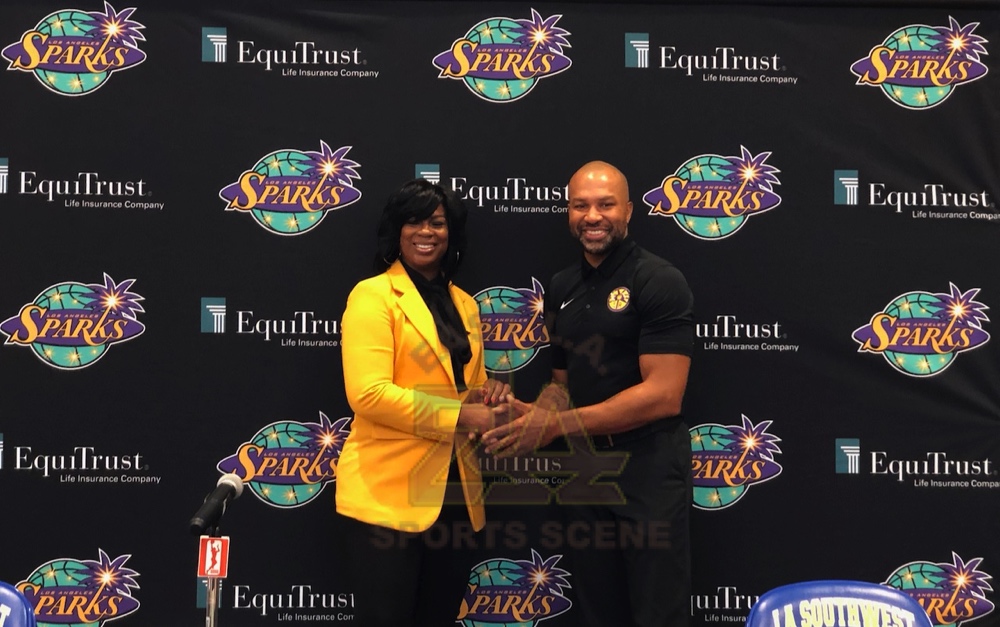 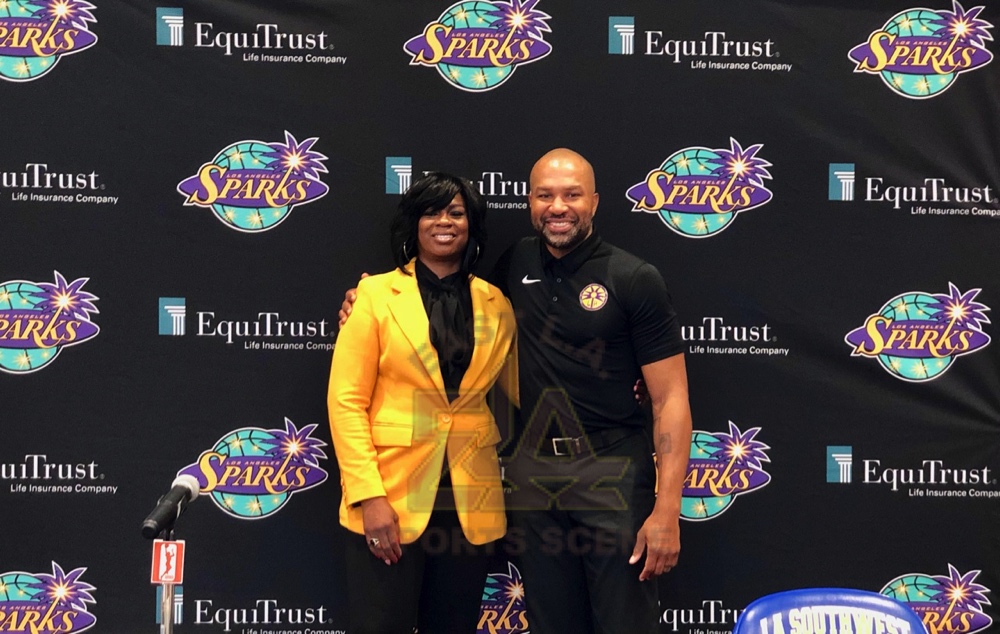 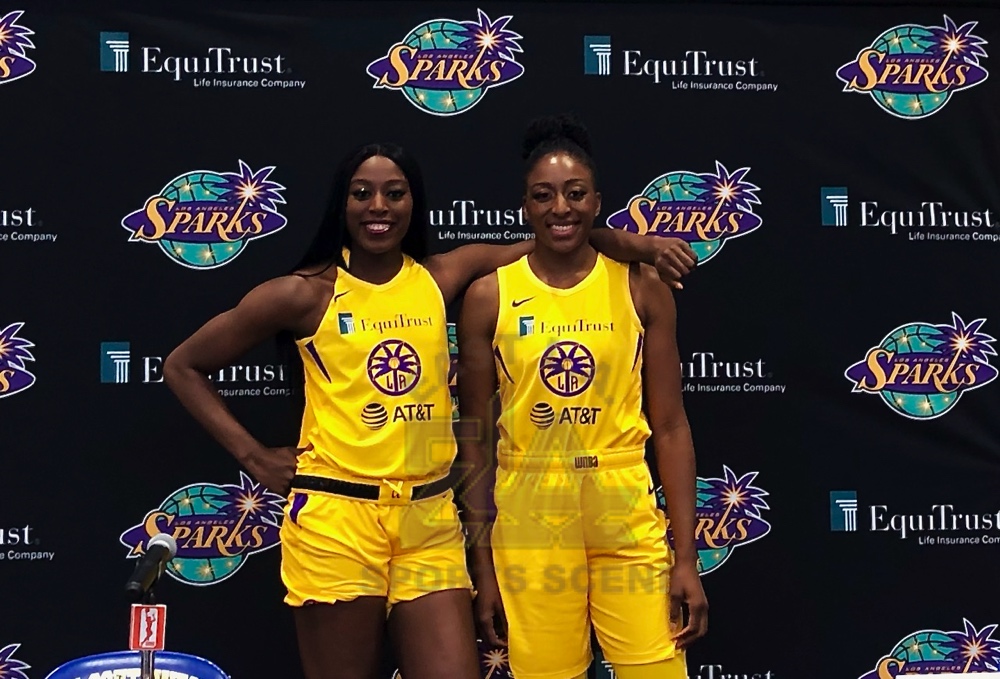 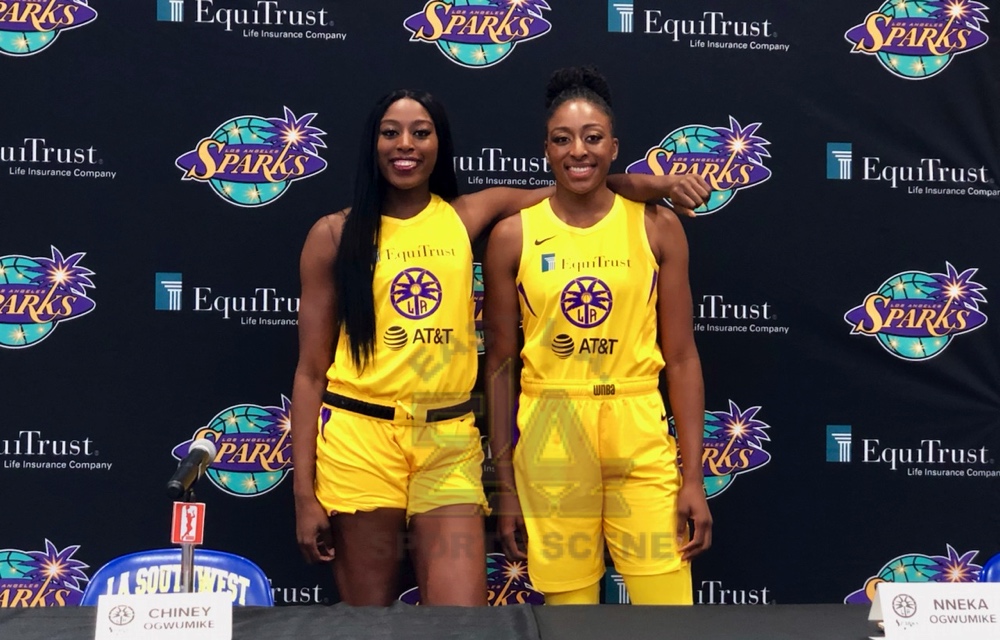 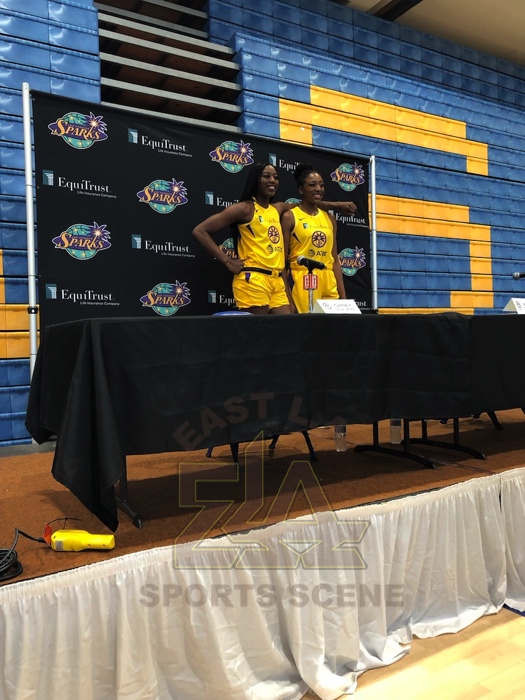 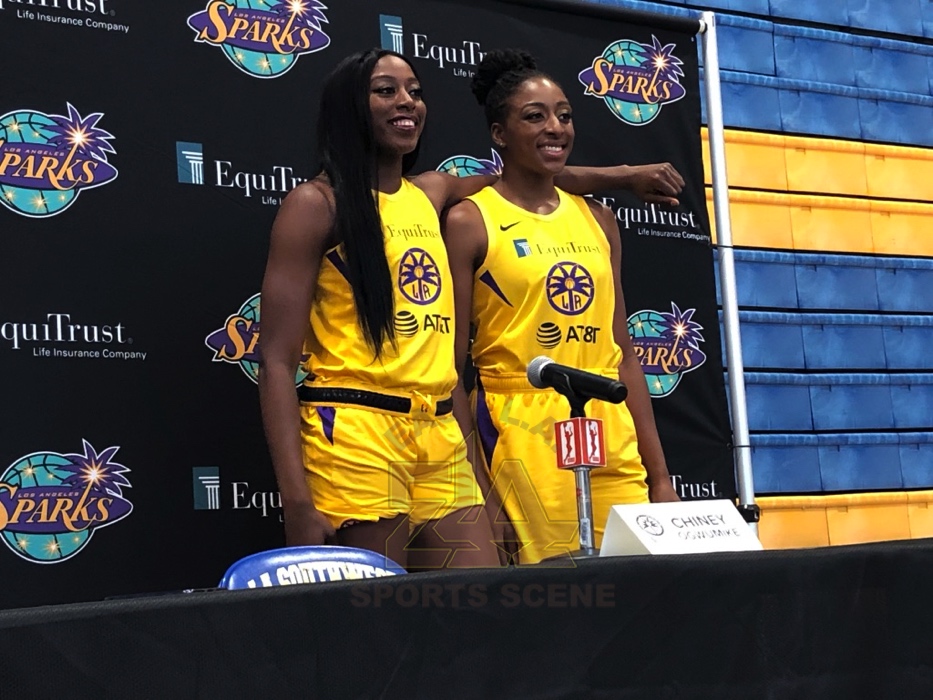 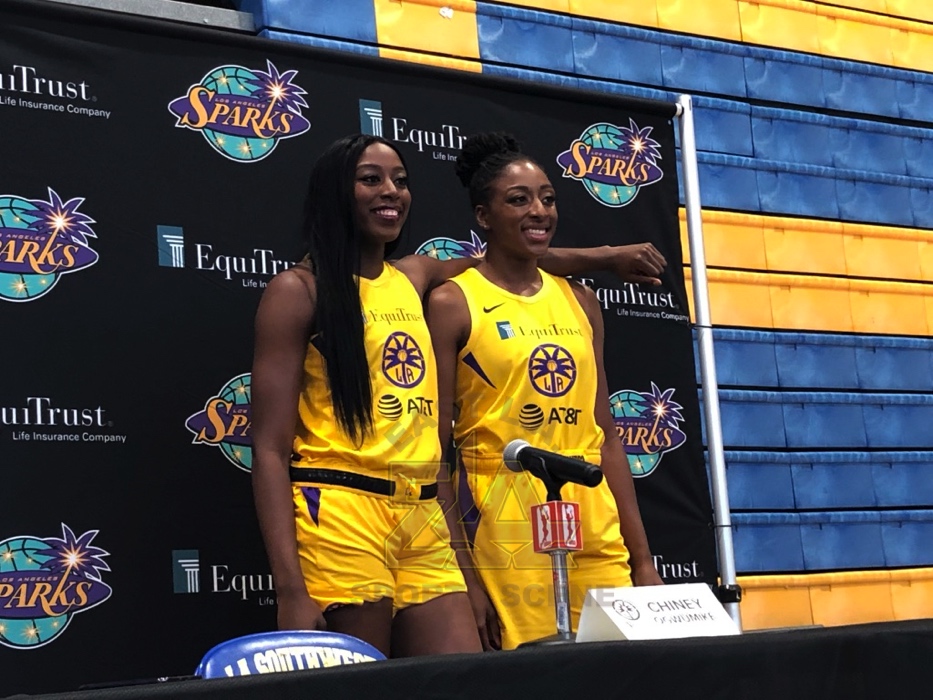 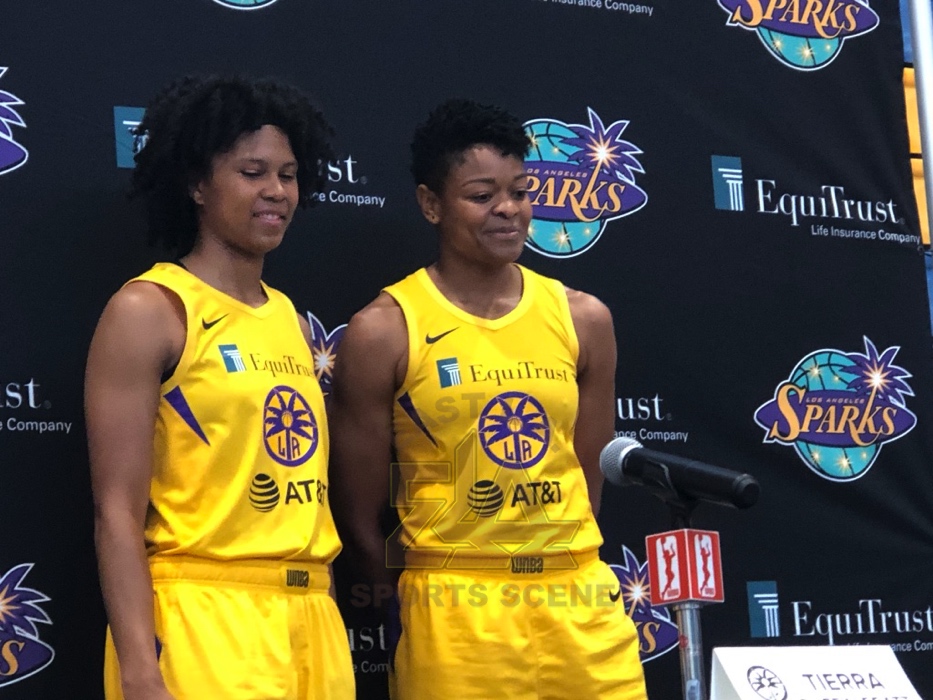 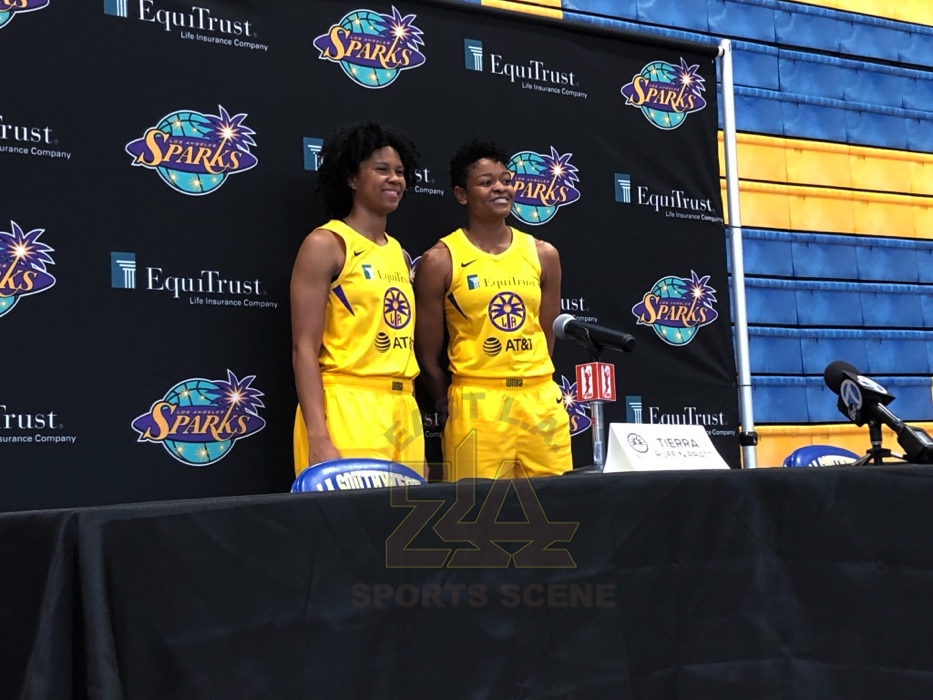 Three players were unavailable during this media day. Candace Parker was under medical supervision due to a hamstring injury suffered in last week’s first 2019 exhibition game against the Phoenix Mercury. Chelsea Gray and Jantel Lavender will soon join the team after completing their overseas commitments.

Up Next: The Sparks will host the reigning WNBA Champions, the Seattle Storm in their only Home Exhibition contest tonight at Pasadena City College. Tip-off is set for 7:30 pm. Purchase tickets by clicking here. The first home game for the Sparks will be on May 31st vs. the Connecticut Sun. Tip-off will be at 7:30 pm at Staples Center. Purchase tickets by clicking here.