(Boyle Heights, East Los Angeles)—The visiting Roybal Titans  easily handled their opponent, the Mendez Jaguars in their CIF/L.A. City Section-Central League match-up. They racked up a (74-33) triumph and finished their season undefeated at (15-0). They also took the honors of winning the Central League with a perfect (9-0) record. They will now await the L.A. City Section’s, Division 3 playoff seed when announced on Saturday, 2/2/19. Second-year Head Coach, Danny O’Fallon, and his Titans are currently ranked #1 in the Section’s Top 25.

Brief Game Summary: This Mendez home game was preceded by their traditional acknowledgement of  “Senior Appreciation Day.” In keeping with their school slogan, “Champions in the Classroom–Champions on the Court,”  this marked the final regular season game for the following student-athletes: #4 Rudy Ruvalcaba, #12 Ivan Aguilar, #15 Deleyon Neal, #21 Jacob Ceballos, #23 José Lima-Solis, and #32 Zarion Smith.

1st Half—The opening quarter was the closest of the contest as it ended with the scoreboard showing Roybal 19, Mendez 12. This brought great joy and expectation to the student body, the cheerleading team, and the school’s Pep Band. But then, the Titans began to showcase their two starting Senior guards, Jonathan Siratt and David Rauda, who led their squad with great floor play, scoring, and leadership. They were accompanied by their tall, crafty, and skilled Forward/Center, JR/Moises Gamboa. Once this trio found its rhythm, it was off to the races, with no looking back. Unfortunately for first-year, Mendez Head Coach, Gerry Barreto, it was a combination of their lack of a competitive defense. coupled with the athleticism of the Titans that led to the (40-23) halftime score. 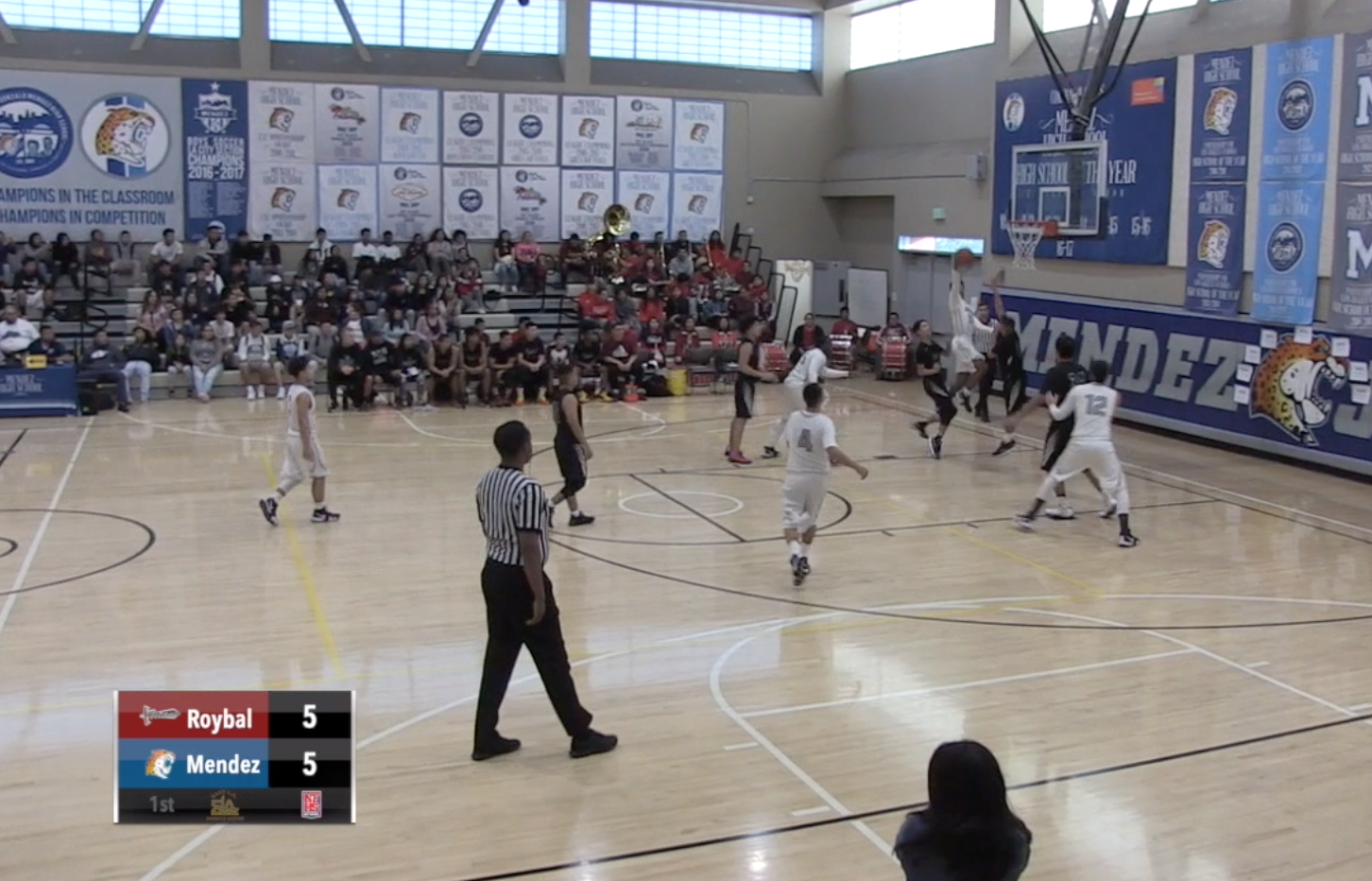 On the Mendez side of the match-up, going into the game, the Jaguars were hoping to be led in battle by their starting point guard, SR/Zarion Smith, who was averaging (16.3) points per game. However, he could never find his scoring touch and finished with only (4) points, (12) less than his average. Picking up the slack was reserve forward, JR/Tony Ortiz who finished the game with (13) points. He was credited with 2 three-pointers. Helping out with his hustle and grit was starting forward, SR/Deleyon Neal who chipped in with (9) points and(6) rebounds.

2nd Half: More of the same type of play was par for the remainder of the game. Then, at the (3:00) minute mark left in the game, the officials advanced the game clock to reflect the “Mercy Rule” since the lead had grown to (40) points. The final score was Roybal 74,  Mendez 33. The Jaguars finished their regular season with a (13-6) overall record and a (5-3) league record. Coach Barreto and his team will now have to wait and see if they will receive a playoff bid to enter the post-season playoffs.