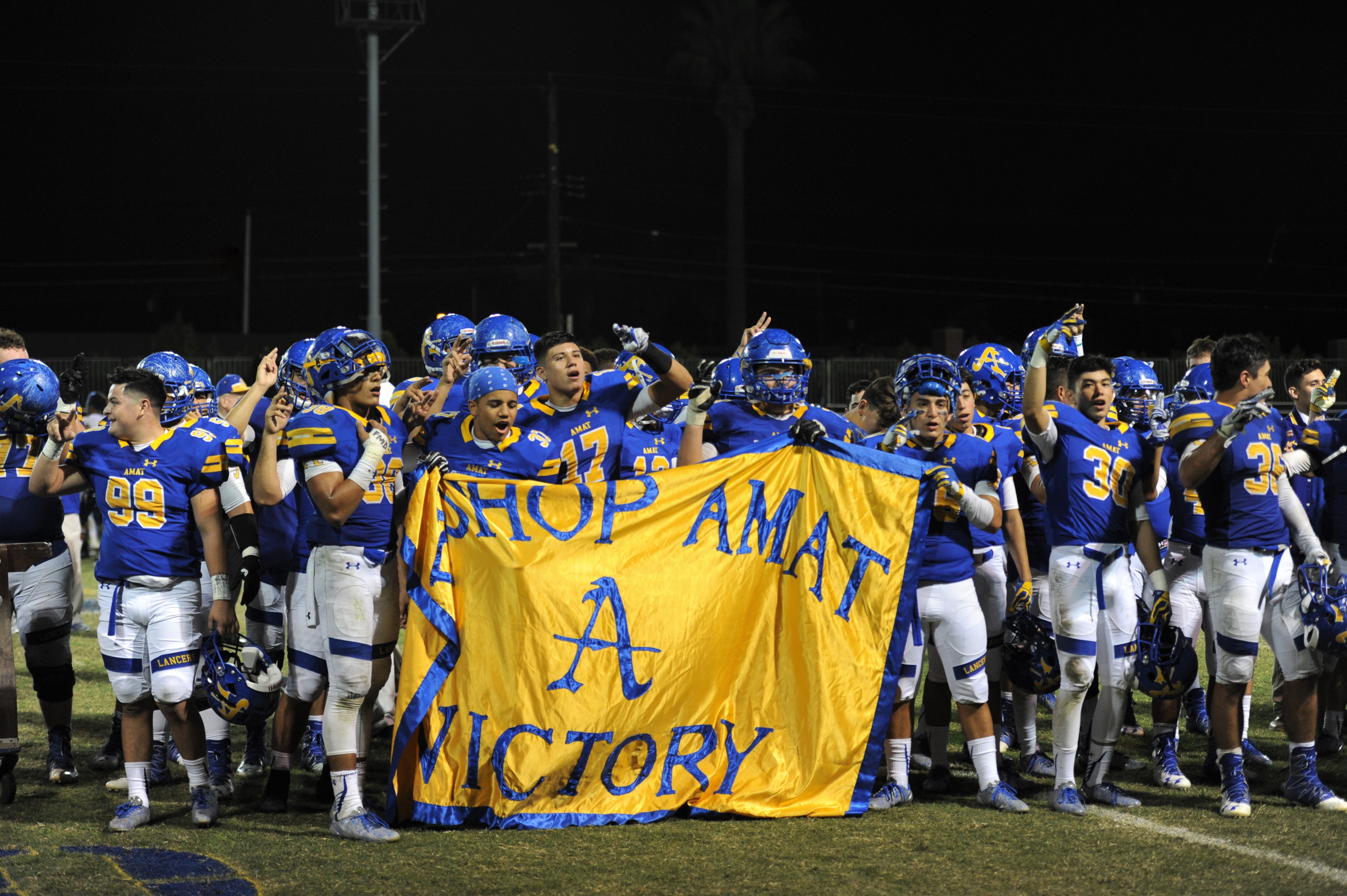 Note From The Editor: This posting reflects the final regular season week of play. Our playoff coverage will start with the next posting, the week of 11/14/16. Thanks for your patience and supporrt of our efforts.

Time to wrap things up for the regular 2016 high school football season and announce that a total of seven of our covered teams made it to the first round of the CIF/SS and CIF/L.A. City Section playoffs in several divisions worth noting.   Rico Cabrera, Sr./Editor, EastLASportsScene.Com

Eastern League Recap: The Garfield Bulldogs easily defeated their longtime archrival, the Roosevelt Rough Riders in the “Battle For East L.A.” that was settled on the neutral site of East L.A. College and Weingart Stadium. With their victory, the Dawgs claimed the outright Championship of the Eastern League. They travel to San Fernando HS for their 1st Round, Div. I playoff game. South Gate closed out its disappointing season with its third consecutive League win over Huntington Park.

Northern League Recap: The new League’s pacesetter and trendsetter can now be named and it’s the Torres Toros. Make no mistake about, they are for real and took consistent care of their business to not only defeat league opponents, but demonstrated why they qualified for the Div. III playoffs. They worked hard all season and it paid off in their earning themselves a most coveted Home Playoff game versus fairly new Angelou HS based in South L.A. Lincoln realized the potency of the  Toros in their regular season finale and lost on the final play of the game, one of the most dramatic in League history. The play took them from the jaws of defeat to the thrill of victory, as the saying goes.  The Wilson Mighty Mules were forced to absorb one of their worst losses of the season in their rivalry game with Franklin. With that said, league play all came to an end. Hopes are still very positive for all three teams to recieve playoff berths.

The Metro League’s Mendez Jaguars closed out their season with a loss to View Park. They will now prepare for their second season in 2017 with a more focused mental and physical approach to their game. Congrats on your first season of play. Glad to include you in our coverage!!

Roosevelt    [Season is over]

The final week of the regular season went very well for both Cathedral and Salesian who posted victories and thus earned themselves playoff berths. Bishop Amat had their BYE week and took advantage of the extra week to rest up and gear up for the playoffs. The selection committee awarded them a playoff slot, but standing next in their way should they win, would be Mater Dei.