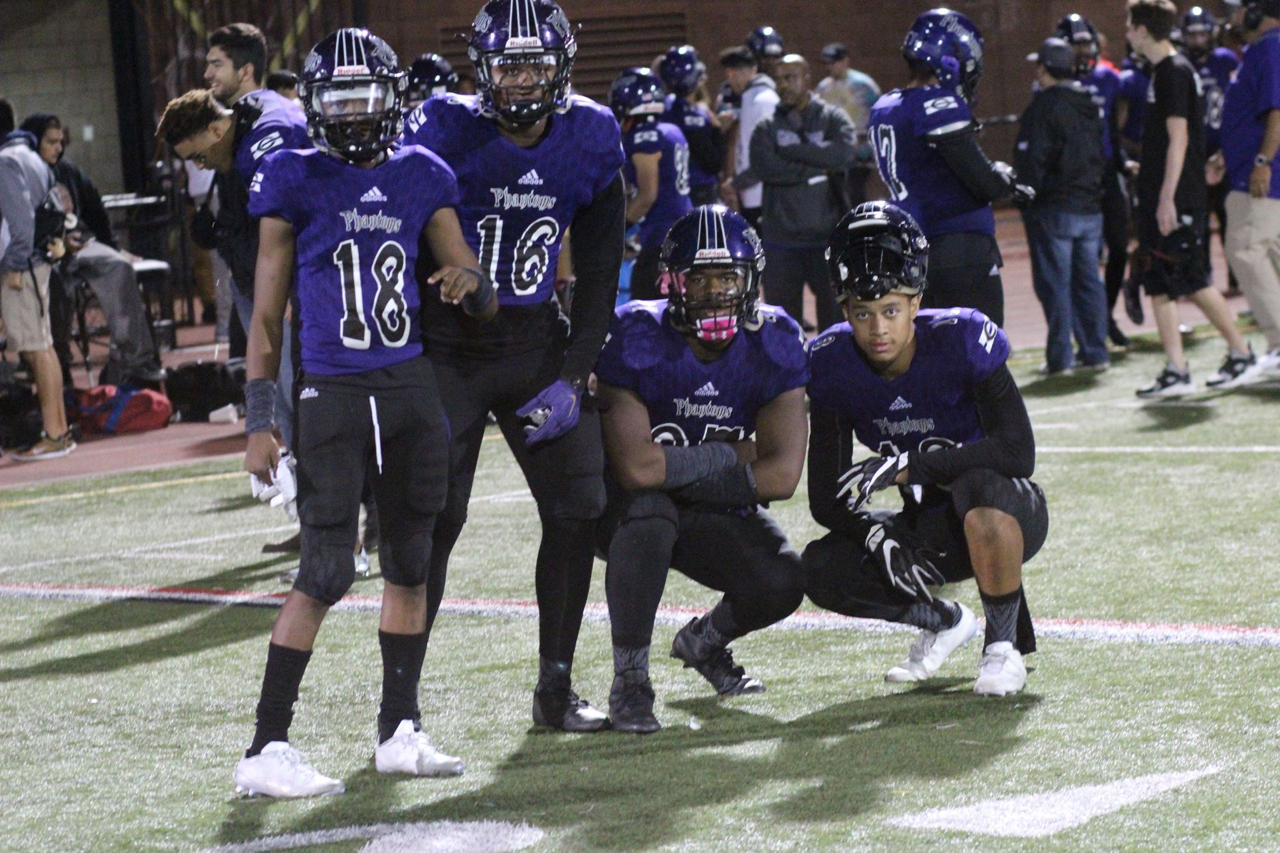 Greetings once again to All of our Weekly High School Football and “Friday Night Lights” followers. So, here we are, finally reaching Round-Up #10 with one final league game remaining before the playoff season starts. Let’s get into it without any further delays. We’ve seen lots of different and untimely twists and turns that impacted several of our teams this season, and the second season is just around the corner. The official playoff pairings by each Division will be released on Saturday, November 5th by Commissioner, John Aguirre, and his selection committee. We will bring that posting to you immediately after we’ve downloaded it from the City Section’s website.  Rico Cabrera, Sr./Editor, EastLASportsScene.Com

Note From The Editor: Photo Gallery Reminder. If you have not seen your school shown in our gallery yet, it’s due to the fact that we don’t have a designated photographer. If you know someone who is interested, please have them Email me at rico.p.cabrera@eastlass.com. The playoffs are coming and we’d like to show your school in action. Thanks in advance!

Eastern League Recap: Now that the dust has settled from the severe sanctions imposed on the South Gate Rams by the Commissioner, the playoff picture in the League is looking good for South East, Huntington Park, and Bell as all are currently tied for 2nd place with identical league records of (2-2). The Garfield Bulldogs should grab a decent seed due to winning the League’s title, either going undefeated at (5-0) or at the least, (4-1). This past week, the Bulldogs easily defeated their opponent, and although the Rams are just playing out the season for pride and respect, they also notched another win. The Roosevelt Rough Riders risk the chance of going winless in Eastern League play this year if they don’t pull out a win in their final game of the season. However, that may be asking too much since their biggest game of the year awaits them when they face Garfield in the “East L.A. Classic” this Friday, November 4th.

Northern League Recap: A big week of wins for all three of our covered teams as they moved onward in the toughest part of the season. The race to the top is quite clear for Lincoln, while Wilson and Torres are tied for third, just behind Franklin who’s (4-1). As things get tighter and tighter, the bonus for all three of our teams is that they are tied in overall wins and losses at this critical point in the season—-a good thing for the selection committee to consider. However, in the all-important Northern League standings, it’s clear that the Lincoln Tigers have a big advantage at becoming Champions by being undefeated at 4-0 and then pushing that to a perfect (5-0) in the season’s finale versus Torres. Torres and Wilson have made their presence known throughout the season and need to close out their final opponent on a convincing note in an effort to draw closer attention from the playoff selection committee.

The Metro League’s Mendez Jaguars earned themselves a win by forfeit over their opponent, Mervyn Dymally High School. The team had to withdraw from sesaon play due to lack of a full roster of players.

Week 9 in the Angelus League

proved to be very positive for the Cathedral Phantoms as they hung on for a tough win and remained undefeated for their entire season. More importantly, they retained their #20 ranking in the L.A. Times weekly poll–a huge advantage in the playoff picture. On the other hand, the Salesian Mustangs sadly lost in overtime by a touchdown. They will need some tremendous help from other teams to possibly squeeze into the playoffs. Let’s hope the best for them. In the Mission League, Bishop Amat, now ranked #12 in the L.A. Times weekly poll, (they were #14 last week), closed out its regular season schedule with a big win. With their BYE Week scheduled for November 4th on the final week of the schedule, the Lancers will now have to play the waiting game until the Southern Section announces its playoff seedings, either over this weekend, or on Monday, November 7th.