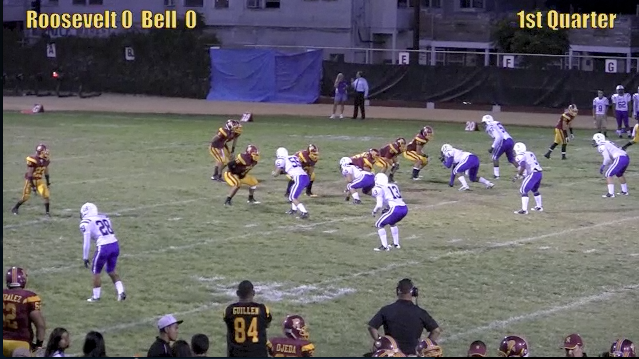 The Roosevelt “Rough Riders” take on their CIF/City Section Eastern League opponent in what promises to be a rather close and competitive conference opening game match-up. As Coaches and fans alike would agree, every game is a “must” win at this point in the season. Coach Javier Cid brings his team into the contest with a record of 3-1. On the other side of the field, Head Coach Frank Medina leads his Bell “Eagles” into enemy territory at Montgomery Field with the same record of 3-1. The Eagles are led on the field by Jr. QB, Eric Franco, and their stalwart linebacker, Robert Lemus. Join us for continuing coverage of our East L.A. teams during the traditional “Friday Night Lights.” As is our Fall custom, we proudly bring you our presentation of East L.A. Sports Scene’s “High School Game of the Week.”