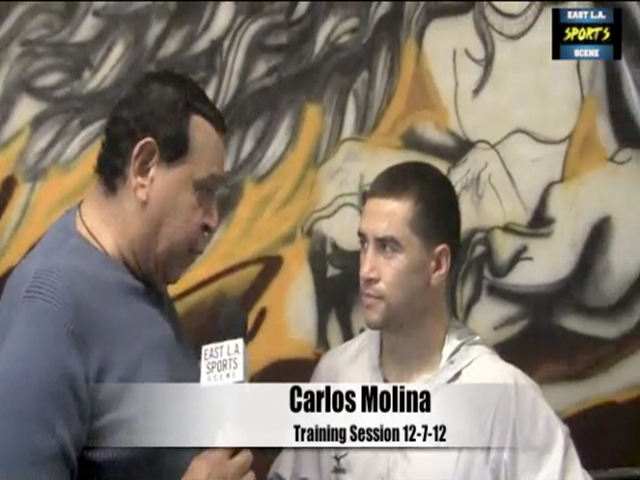 The Pro Boxing “Buzz” can be felt in the air as the countdown to the “Big Fight Night” approaches for the thousands of eager and excited Southern California fans of this huge global sport. Follow East L.A. Sports Scene’s production crew into the Maywood Boxing Club for Carlos Molina’s last formal “pre-fight” workout as he prepares to take on the Former Unified Super Lightweight World Champion, Amir Khan, at the L.A. Sports Arena, on Saturday, December 15th. During this production, completed eight days before the fight, one-on-one interviews were conducted with Carlos, his father, Mr. Miguel Molina, and one of his younger twin brothers, Javier, who was also in training for an upcoming bout. The Golden Boy Promotions fight-card is scheduled to be televised on Showtime Championship Boxing and Sky Sports 1, the British Cable TV and media outlet for the thousands of British and Pakistani fans who are hoping for a big, Amir Khan “comeback” victory.