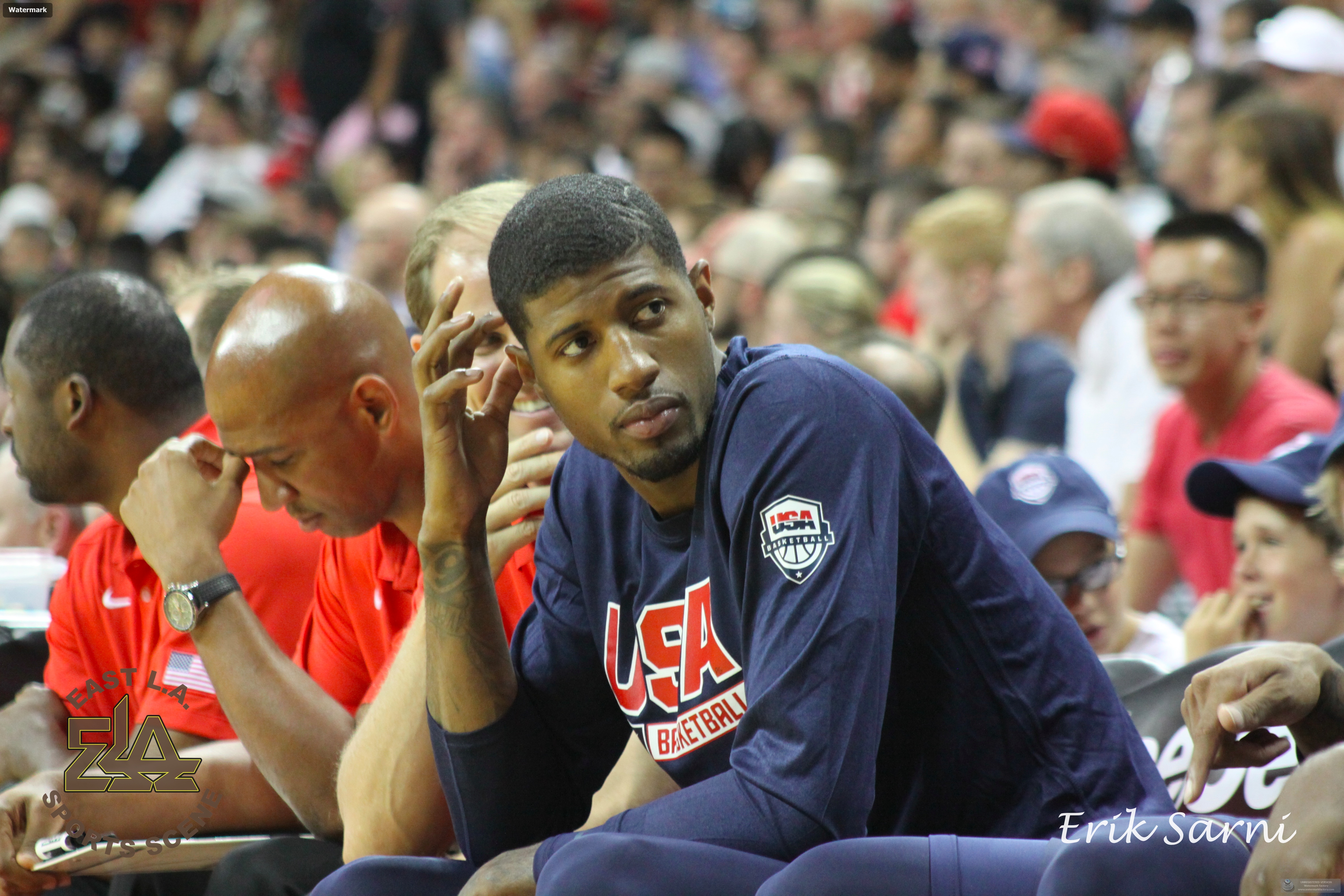 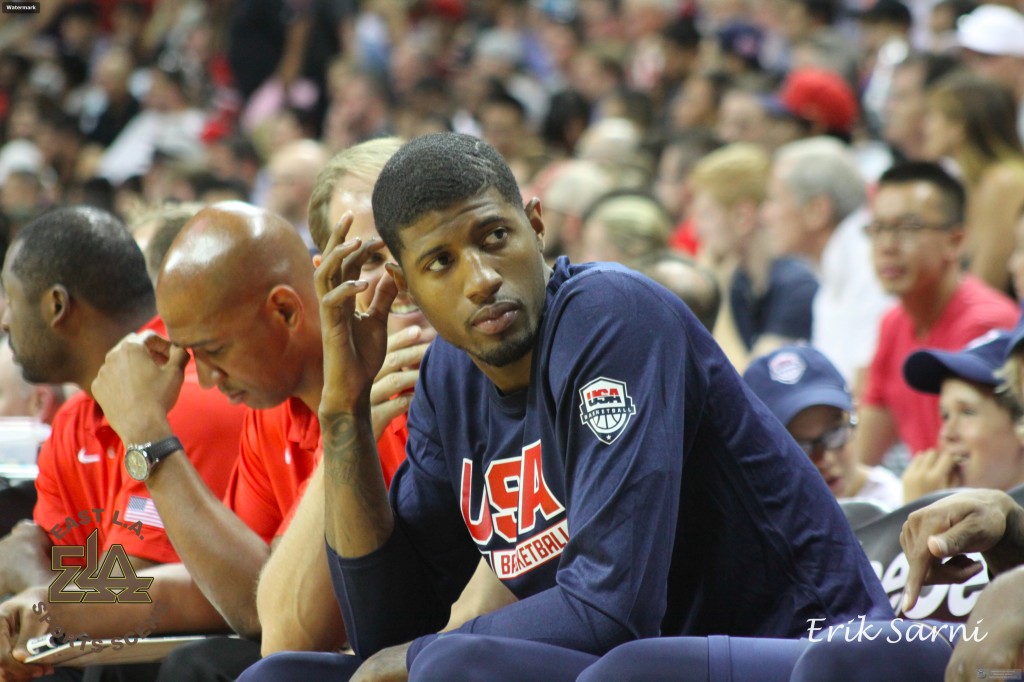 (Las Vegas, NV), August 1, 2014: Paul George, the NBA’s Indiana Pacer All-Star Forward , and one of the League’s premier young players, suffered a severe and game-stopping injury during the “Blue” vs “White” Team match-ups. The injury occurred just 27 seconds into the fourth quarter and its seriousness caused the 12,000 highly appreciative  fans in attendance, to stand in deep conversation about what they saw, and as more time passed, to send their thoughts and prayers to the fallen player. The common emotion shared by all concerned parties, was the hope that it is an injury that is overcomable and that Paul George will rally and return to his playing career in due time. George was taken to a local hospital for further treatment and examinations. USA Basketball will release more information to the media on a flow basis.