NHL Playoffs Move Into Round of 16 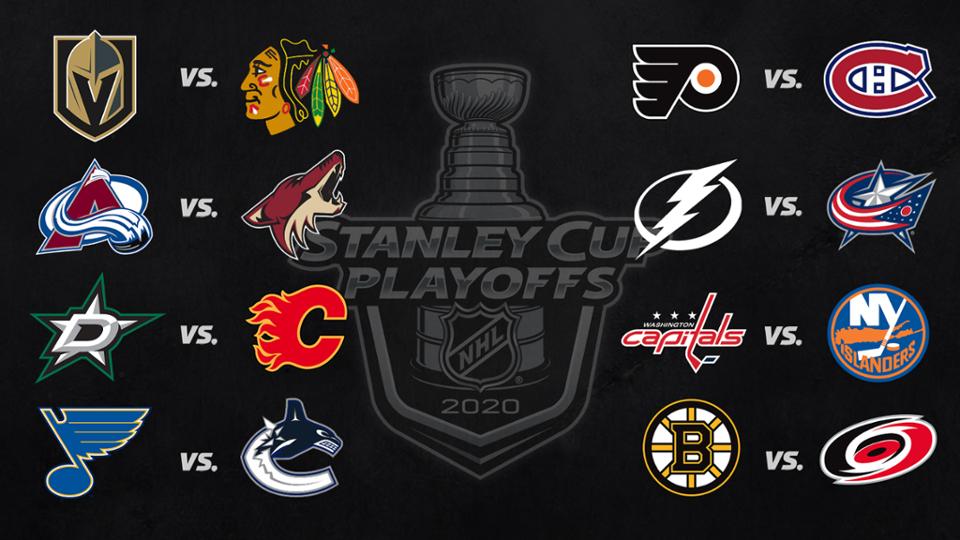 (East Los Angeles, CA.) [August 11, 2020]: From the Editor’s Desk – Thankfully, that mighty and durable hockey puck has been dropped many, many times since the re-start of the NHL season on August 1st. And, time has just flown by with the daily routine of fans selecting their favorite teams to watch, coupled with the ongoing scheduling of games via the tournament’s winners moving onward. This always brings something new for the fans and teams to savor in their “ramp-up” to the prestigious Stanley Cup Playoffs. To follow all of the action on the NHL’s website, click here. Here is our newest story from Correspondent, Joe Perry.

2020 NHL STANLEY CUP – ROUND OF 16: Recap of the qualifying-round series. Now the games can really begin. After an intense week of hockey with games each day, the dust has settled – we are moving into the conference quarterfinals of the 2020 Stanley Cup playoffs. Here’s a recap on the winners of qualifying-round series and a look into how the top dogs are seeded after their round-robin.

Let’s start with the upsets. The Chicago Blackhawks and Montreal Canadiens, both of whom were No. 12 seeds, have fought their way into the playoffs. The No. 11 Arizona Coyotes also pulled off an upset to advance into the next round, as did the No. 9 Columbus Blue Jackets.

Meanwhile, the No. 6 Carolina Hurricanes swept the New York Rangers, and the No. 7 New York Islanders and Vancouver Canucks advanced as well. At No. 8, the Calgary Flames clinched their series too.

Now let’s have a look at the seeding for the top four teams after their round-robin play:
Eastern Conference/Round-Robin Seeding

Now that the teams have been whittled down to (16), we enter the Stanley Cup, and each round will be a best-of-seven series.

Hot Teams to Watch For: Out of the East, the Philadelphia Flyers, Tampa Bay Lightning, Carolina Hurricanes. From the West, the Las Vegas Golden Knights and the new dark horse in the form of the Chicago Blackhawks.

[About Our Correspondent]: Joe Perry is our new Sports Correspondent and Cinema-TV-Entertainment Columnist for East L.A. Sports Scene. He was born in New Jersey and raised by two public school teachers who loved taking him on World tours. He is a recent June, MFA graduate from USC’s School of Cinematic Arts Program in Film & TV Production. Duly noted here, while growing-up, Joe was a huge fan of theNew Jersey Devils. He is now covering the re-start of the National Hockey League, (NHL) and the Stanley Cup Playoffs.

NHL Game of the Week #2: Flyers vs. Canadiens Elimination Game