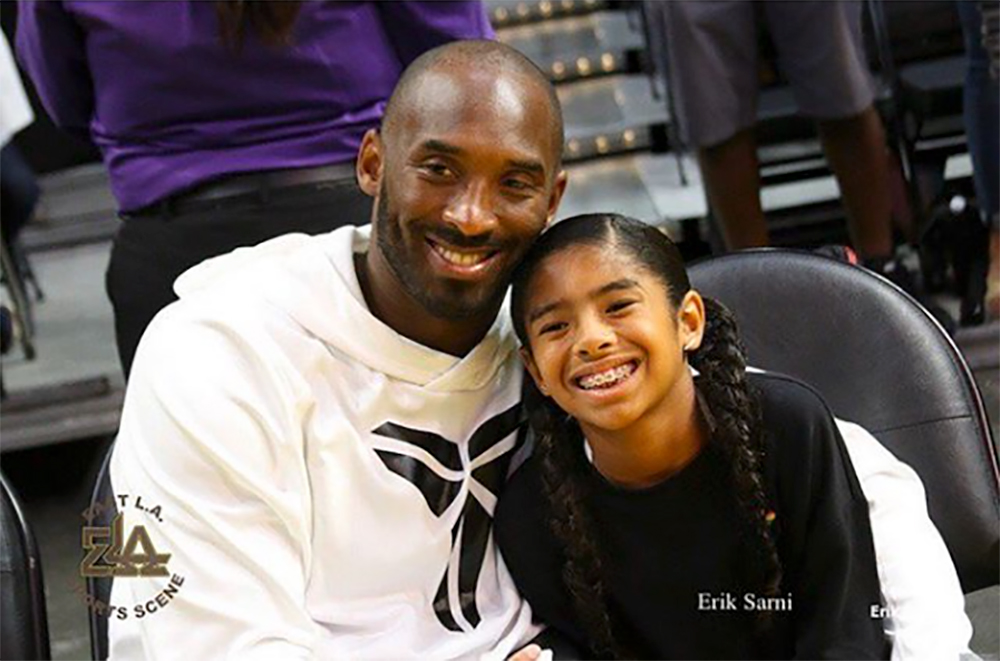 (Calabasas, CA)—The stunning, tragic, and untimely death on Sunday, 1/26/20, of one of the NBA’s greatest, and now future, but posthumous, Naismith Hall Of Fame players, Kobe Bryant, has sent a rippling, cosmic shockwave of grief and sorrow throughout the expansive basketball universe, as investigators from the Federal Aviation Administration (FAA) and the National Transportation Safety Board (NTSB) begin to process the cause of the lamentable helicopter crash, a Sikorsky (Model S-76), that occurred yesterday morning at 9:47 am. The accident also took the life of his 13 year-old daughter, Gianna (“GiGi”), Orange Coast College (OCC) Baseball Head Coach, John Altobelli, his wife, Keri, and daughter, Alyssa, plus four others, yet to be identified, who were on-board. Preliminary eyewitness accounts indicated that the helicopter, while maneuvering in foggy weather conditions at the time, was heard to be flying very low, and then just moments later, the aircraft went down, and subsequently burst into flames after hitting the Calabasas hillside. It was reported through media outlets, that Kobe, and Gianna plus all of his guests were headed to a game scheduled at his Mamba Sports Academy, located in Newbury Park.

Kobe, followed by more than 15 million on his Twitter account, on Saturday, 1/25/20, admirably bestowed praise and commendations on his good friend and NBA super star, LeBron James, L.A. Lakers, who passed him for 3rd place on the all-time NBA scoring list, when he broke his record early in the 3rd quarter against the Philadelphia 76ers. Bryant scored a total of 33,643 points during his 20 year career with the Lakers.

Kobe, in addition to his phenomenal NBA fan-base, was a greatly loved, highly admired, and well-followed global ambassador of the game, both as a USA Basketball Men’s Senior National Team member and an Olympic Gold Medalist during the 2008 Beijing and 2012 London Olympic Games.

While we never covered Kobe during his NBA career, we did have an opportunity to cover him as a member of USA Basketball’s Men’s National Team, during his preparation for his 2007 FIBA Americas training camp in Las Vegas, NV. We would like to share one of those special moments.

We also produced his Press Conference regarding the unveiling of his shoe model, Nike Zoom Air IV, that took place at Westchester High School in 2009.

Kobe was also a modern-day hero to many inner city youth, especially those of Chicano and Latino descendency, who as residents of Boyle Heights Community in East Los Angeles, were direct recipients of his kind and tremendous support of the Hollenbeck Youth Center’s Miracle on 1st Street Annual Toy Giveaway.

Here is a brief interview that we produced with Kobe after one of his appearances at the event.

We will follow all forthcoming events and bring them to you as they relate to the announcements of the funeral and the burial arrangements for Kobe and Gianna.

In closing, our entire staff here at East L.A. Sports Scene offers our sincerest condolences to his wife, Vanessa, and the Bryant’s three surviving daughters, Natalia, Bianka, and Capri. May Kobe and Gianna Rest In Eternal Peace With the Lord.