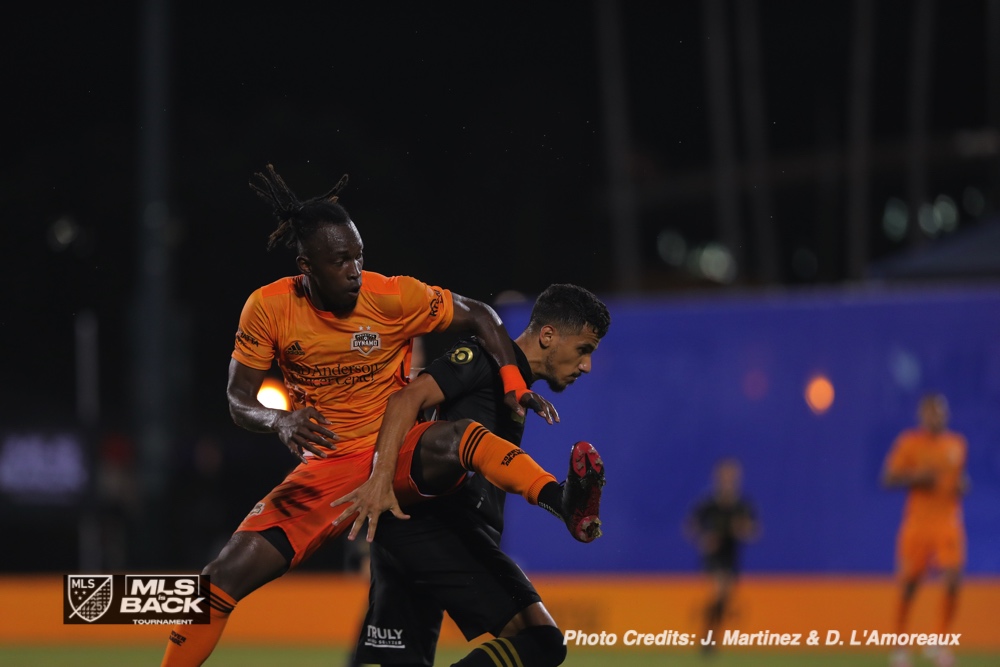 (East Los Angeles, CA.)—[July 13, 2020] The LAFC did not disappoint their infamous, yet always supportive 3252 fan-group as they proudly rooted their team from a distance while boarding their charter jet from LAX to Orlando. And, their team also performed to the great delight of their ever-watchful fans last Monday in their “MLS Is Back” Tournament debut, rallying for a dramatic second period (3-3) tie with the Houston Dynamo. Their timely and hustling game-efforts earned them a single point in their Group F (Western Conference) standings.

Although the team’s Super-Star, current MLS MVP, and top gun, Carlos Vela, is not there due to his decision to remain home with his pregnant wife, Saloa, during the COVID-19 pandemic, his teammates played full-on with tremendous vigor, stamina, and relentless attack from the match’s opening whistle. This effort certainly must have pleased him while watching the match.

Brief Match Recap: The Dynamo broke to the front early in the match with the front-line of Darwin Quintero, Mauro Manotas and Alberth Elis. This allowed their agile and active striker, Memo Rodriguez, to easily position himself on the attack with the result of netting himself two goals for the Dynamo’s first-half fireworks show. Elis got into the official scorebook with a scoring credit. Houston led by a (3-1) margin at the half time rest period. LAFC’s lone first-half goal was scored by Bradley Wright-Phillips on an assist from Diego Rossi. It was Wright-Phillips’ first goal of the season after coming back from surgery earlier this year. 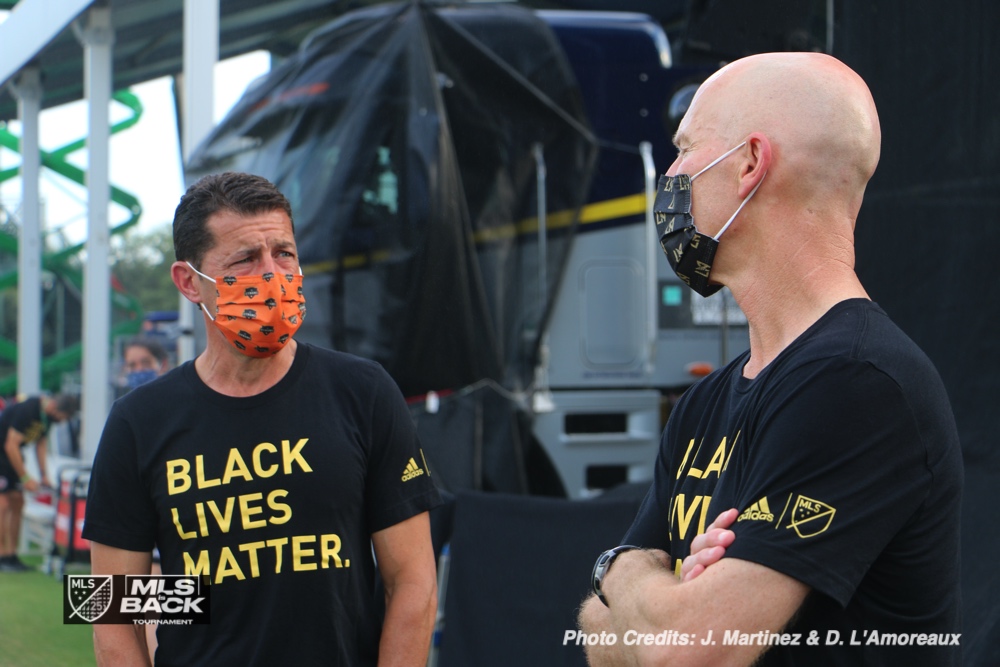 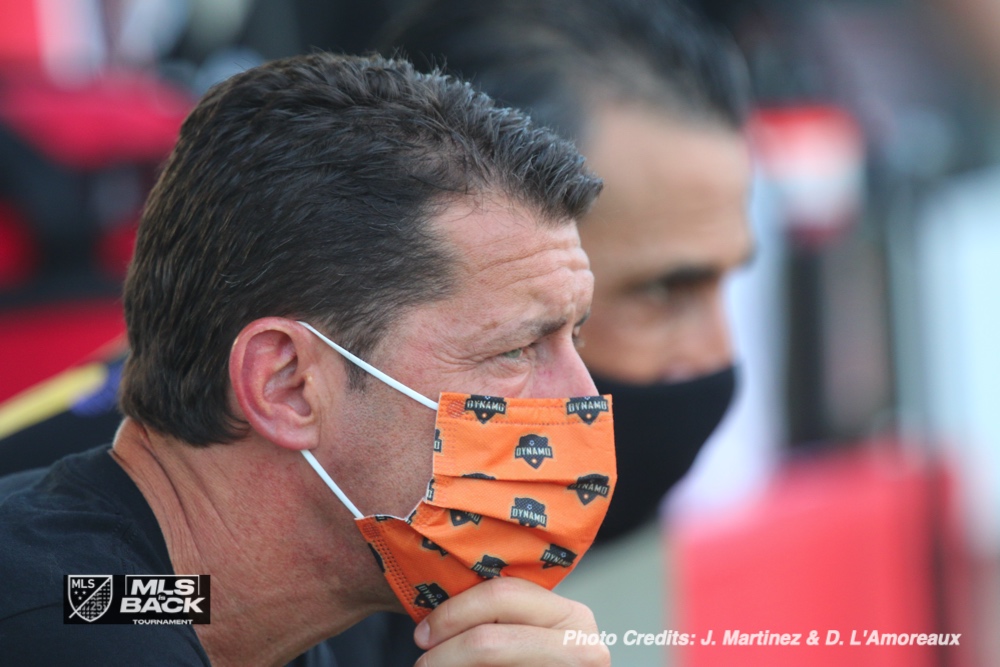 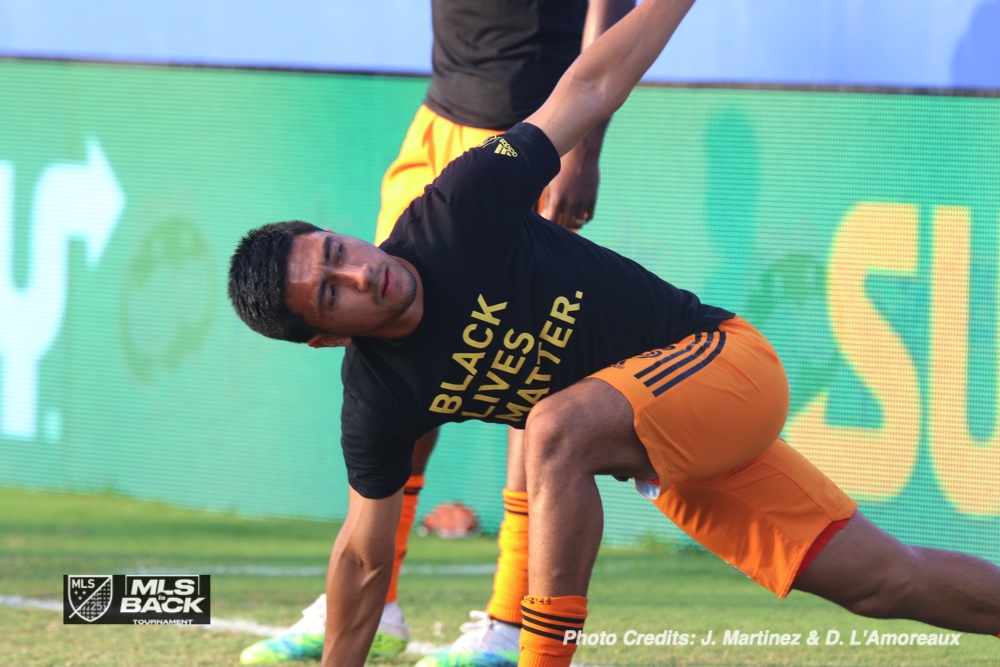 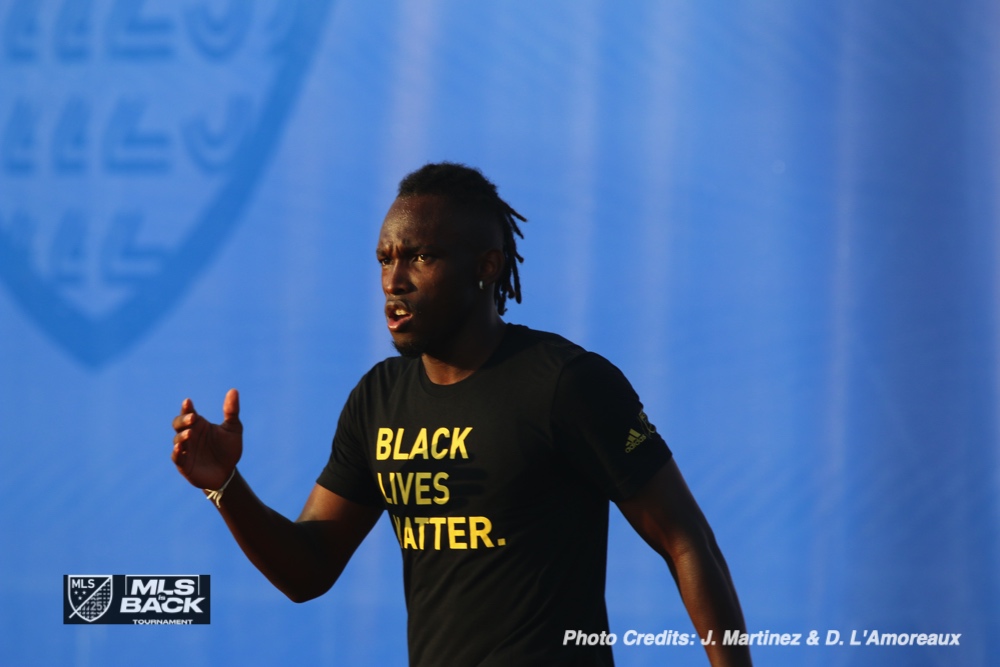 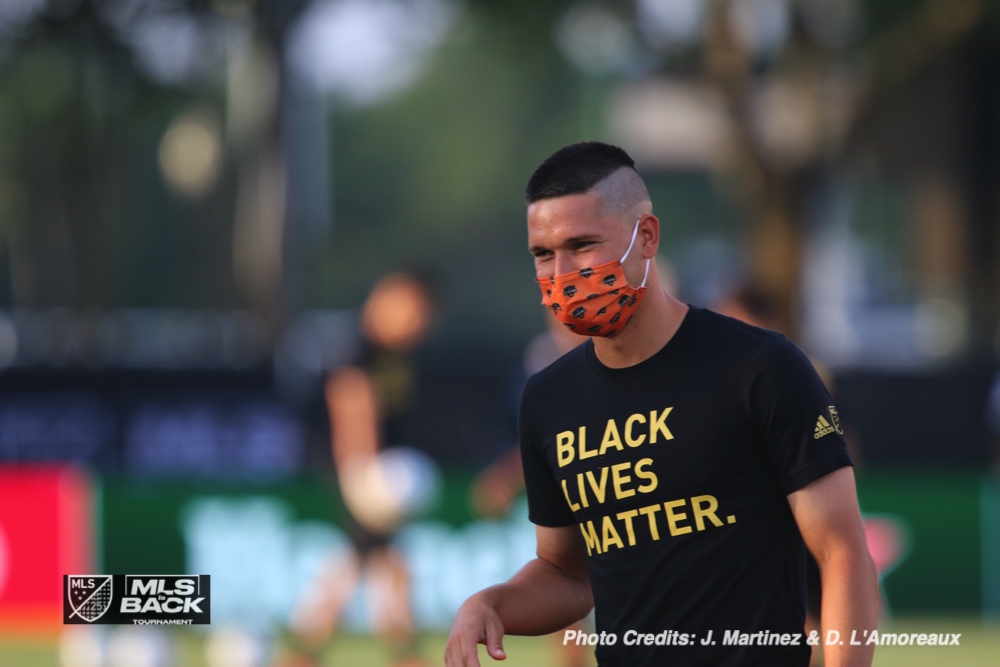 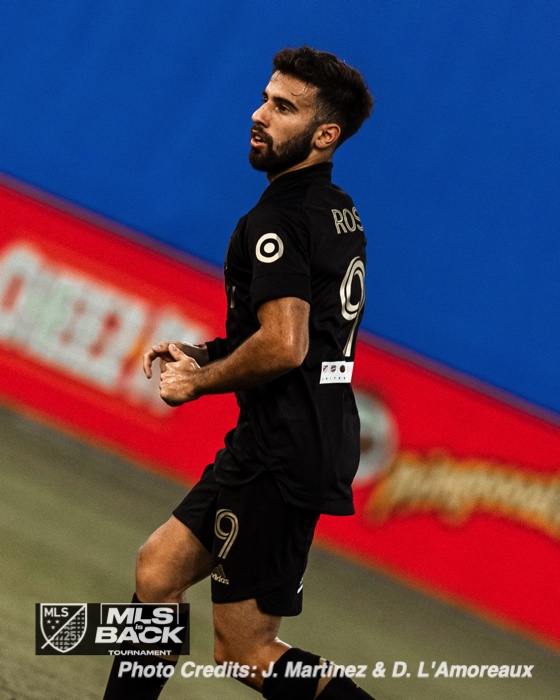 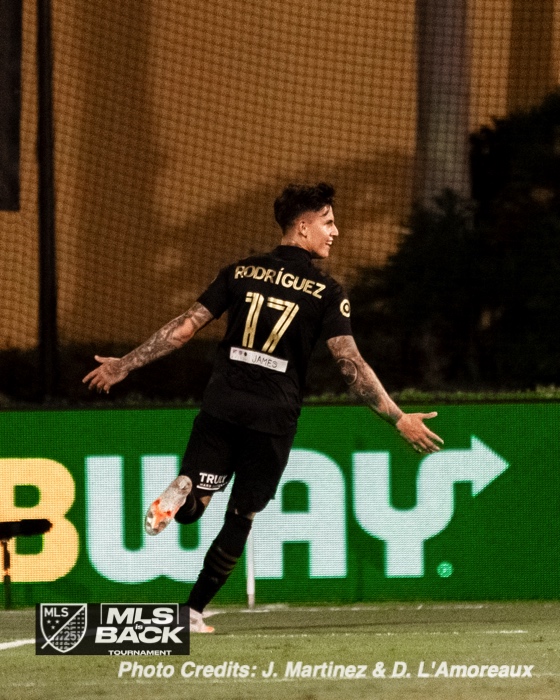 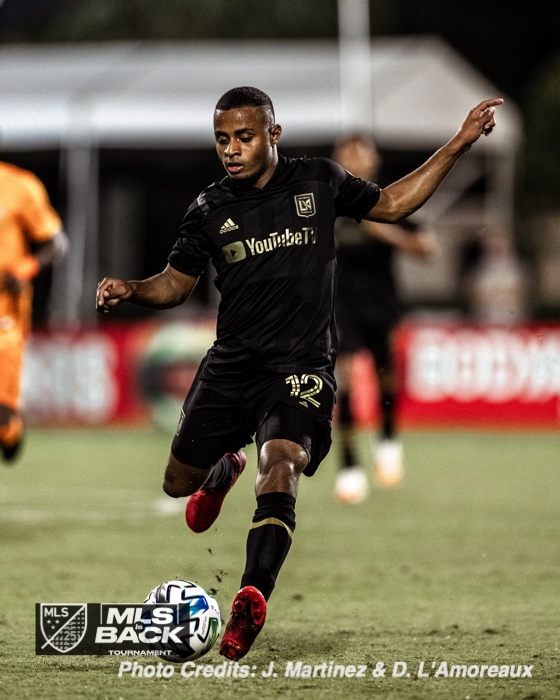 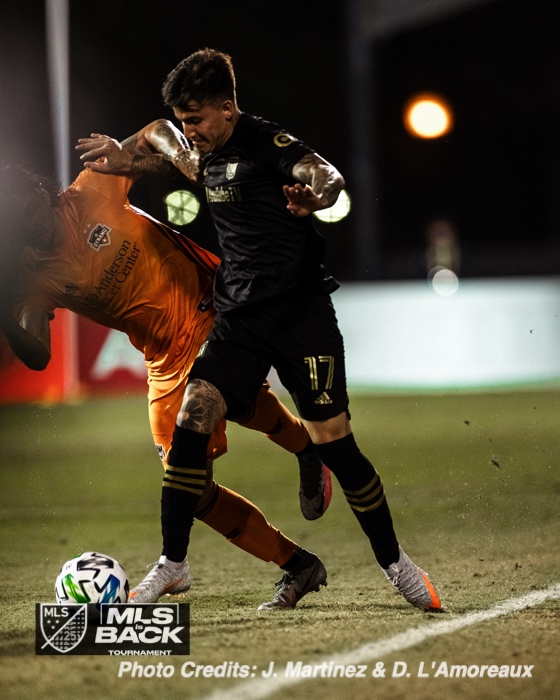 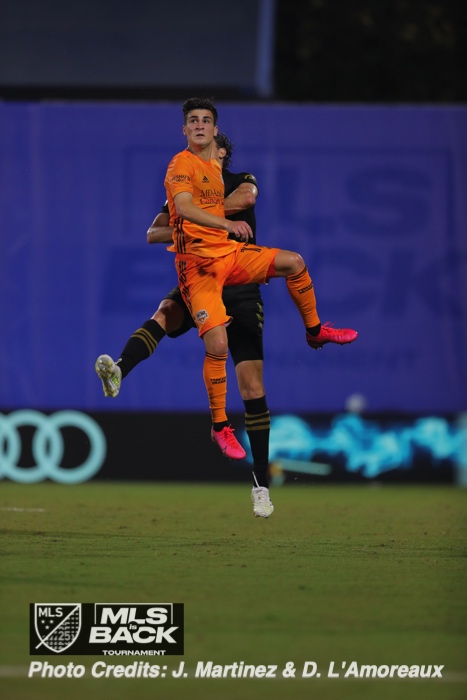 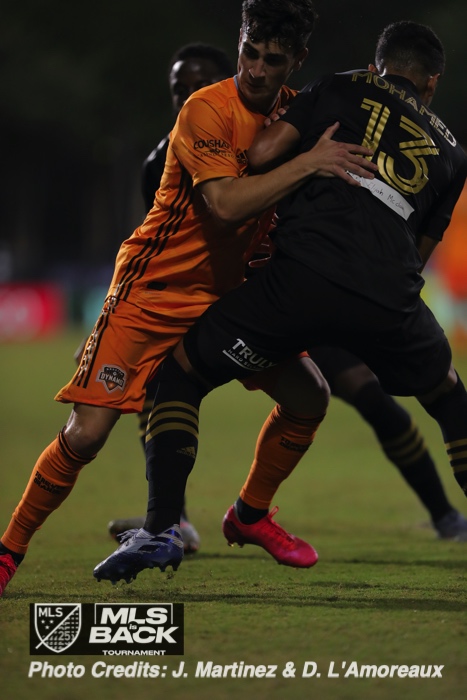 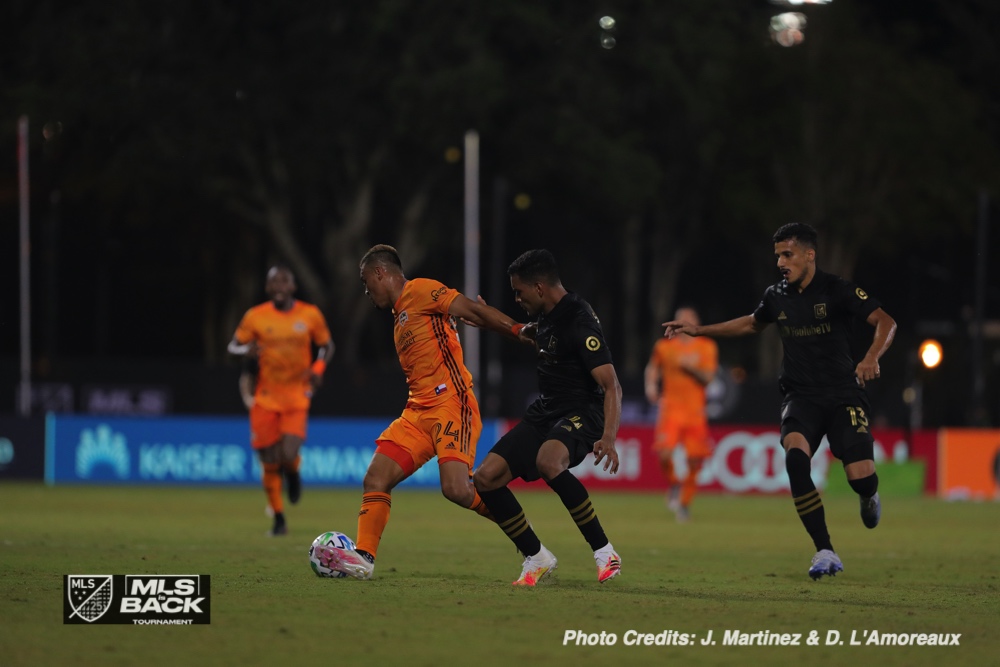 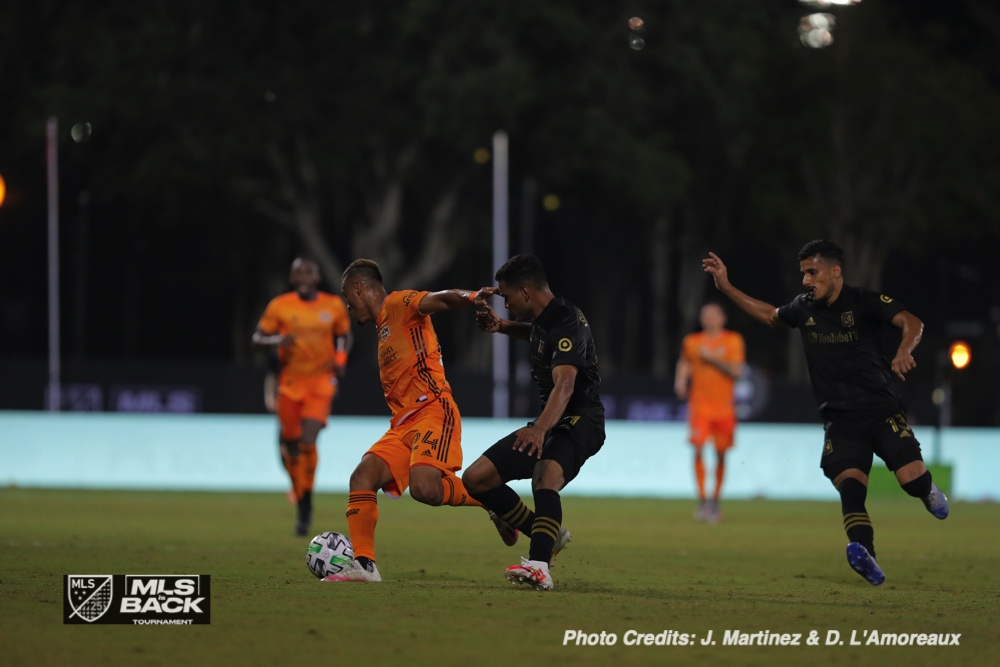 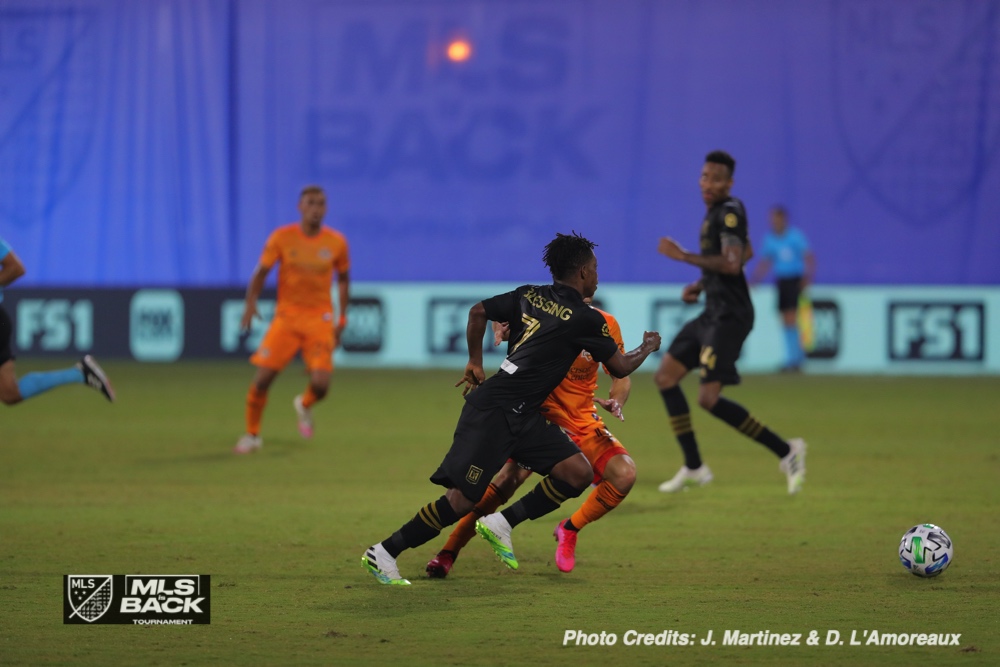 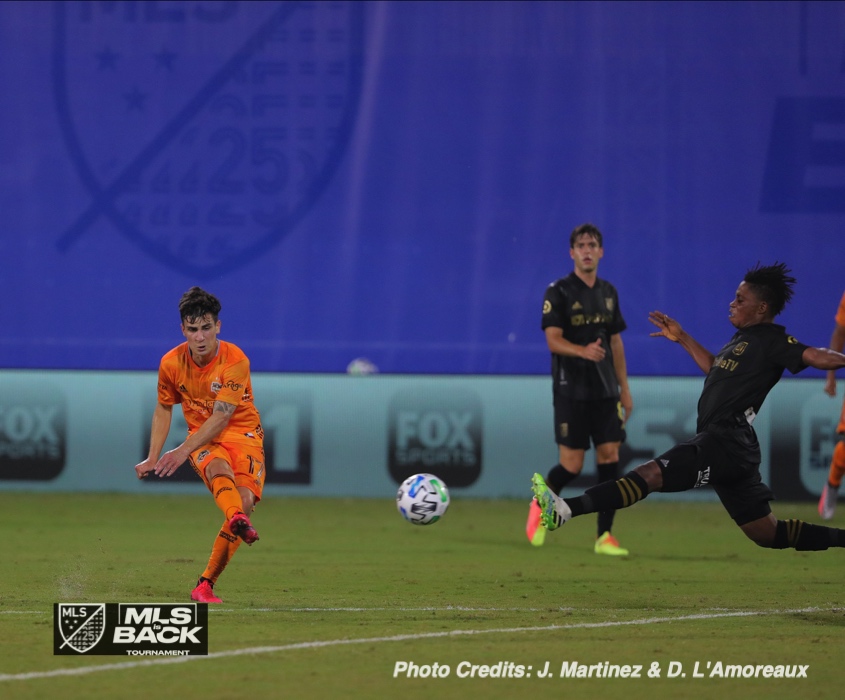 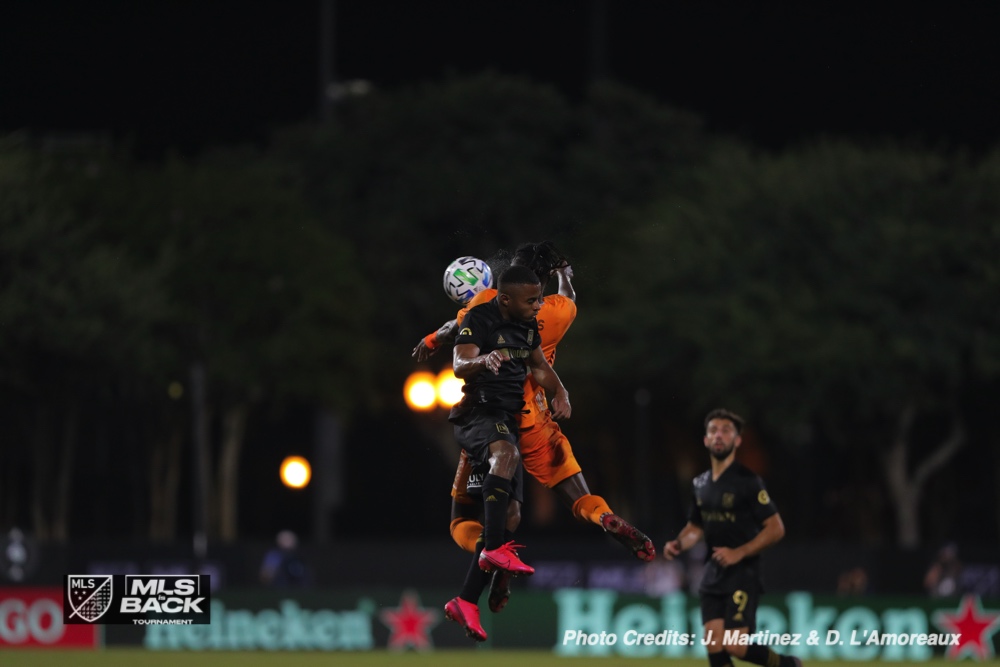 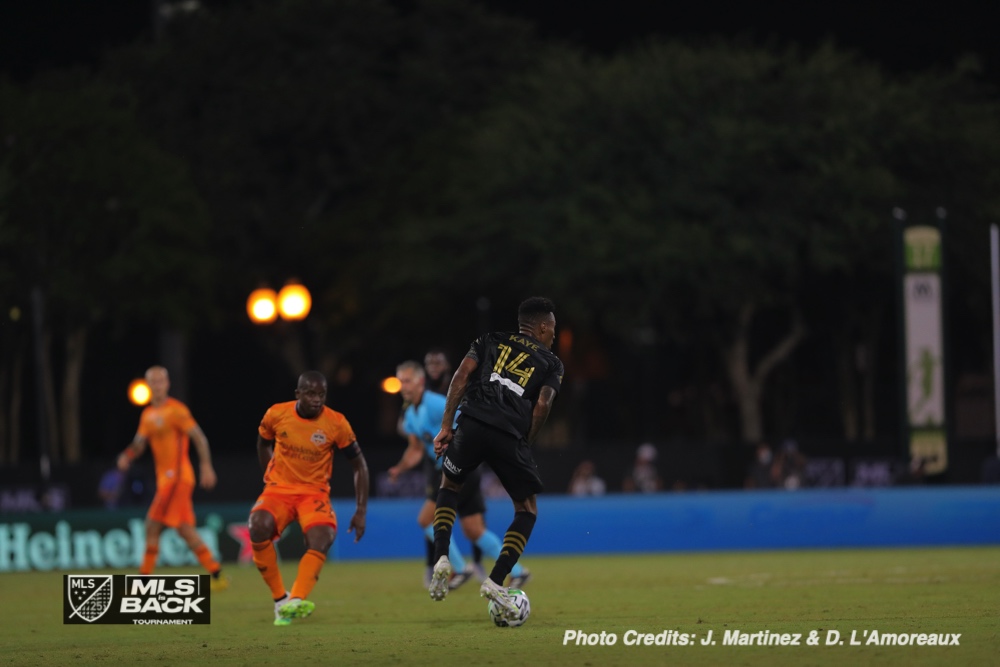 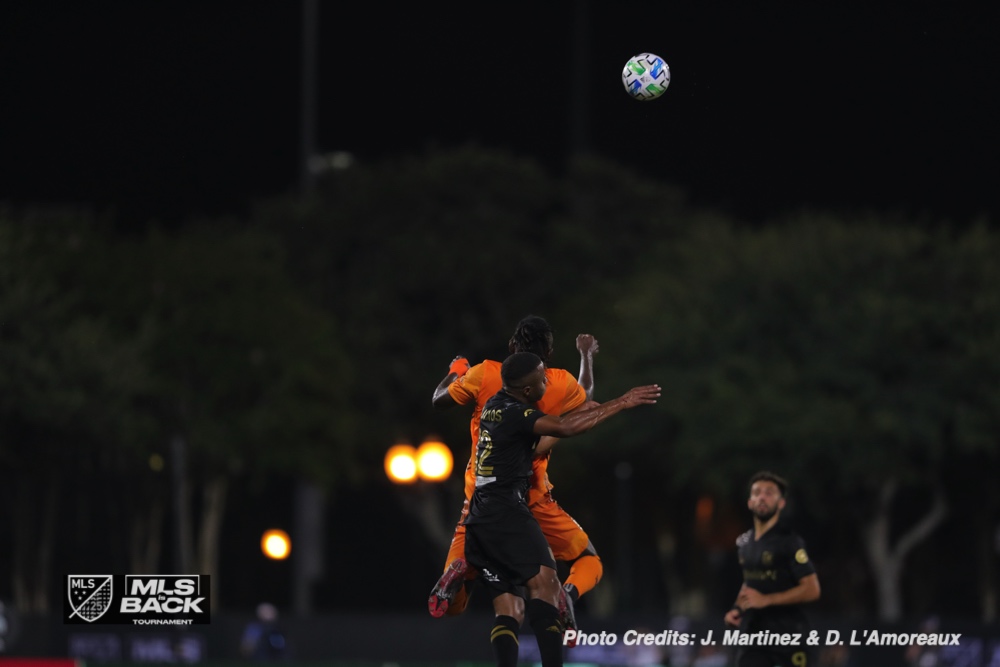 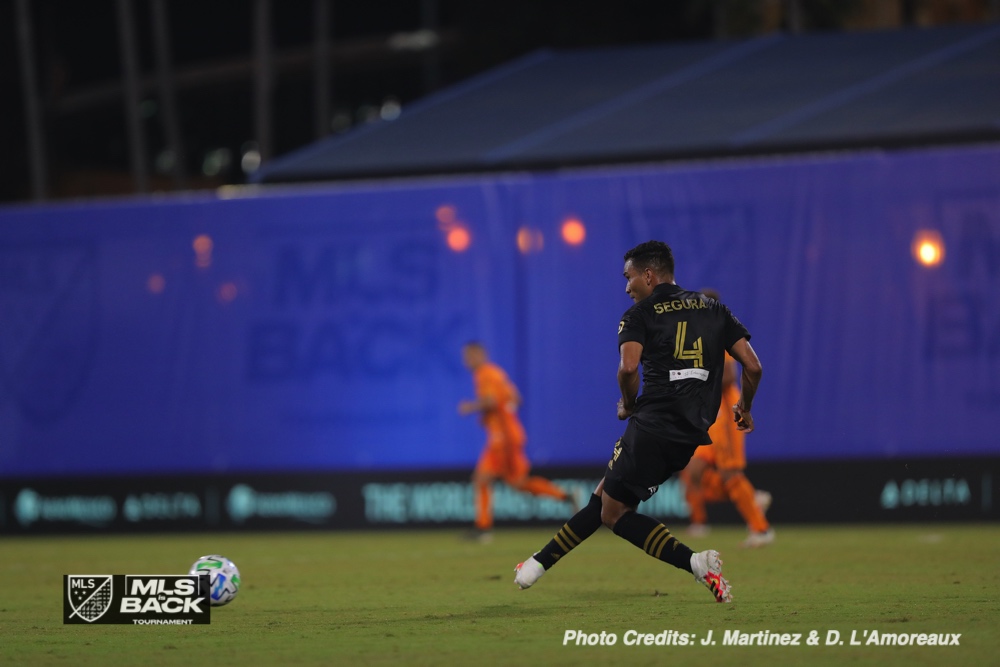 Then, as the second-half got underway, LAFC kept up its offensive intensity as it found many scoring opportunities, and by the 63rd minute, the first of two semi rapid-fire goals came from Rossi, and then from Brian Rodriguez in the 69th, which tied the match at (3-3). With the equalizing goal, and no further threats from either squad, both teams earned a single point in their Group F standing.

Overall, LAFC showed more statistical dominance of its opponent by the advantage of (23-9) on shot attempts. They also managed to control the sphere for nearly 60 of the 90 minutes in the match, and showed a very favorable game stat of twice as many passes. Apart from the 126-day mandatory “time-off” rust showing itself on defense in the first period, LAFC lived up to its reputation of always being in the fight down to the very end. It should be noted that all points scored during this tournament will be applied to the regular season statistics. FINAL: Houston Dynamo  3  LAFC  3.