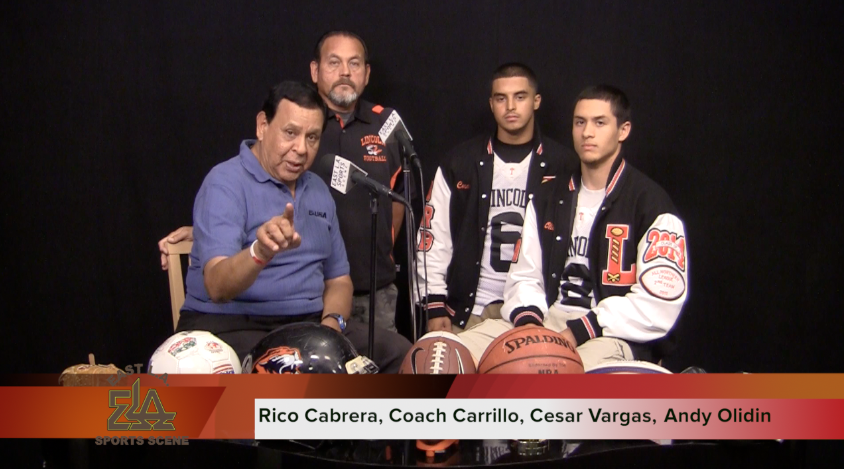 Lincoln High School’s Varsity Football Head Coach, Albert Carrillo, and two of his key players from the “Tigers”  program, took some time out of their busy practice schedules to come in for a “First-Ever In-Studio” interview with East L.A. Sports Scene and its host, Rico Cabrera, Sr.  We invite you to listen and learn about the Tigers’ program as Coach Carrillo enlightens us on his coaching career and then shares a few stories about his two Senior players, Cesar Vargas, TE/LB and Andy Olidin, DB. Both of these student-athletes are very well versed and were 2nd Team All-Northern League selections in 2012. Coach Carrillo and the players are very optimistic about repeating that accomplishment, if not bettering it, by making 1st Team this year, based on the team’s highly successful season. The “Tigers,” who finished 2nd in the Northern League to Eagle Rock, are on the eve of playing South Gate in the CIF/L.A. City Section’s, Division 2 Playoffs, on 11.15.13.