1st Qtr—The Riders took some time to adapt to Bell’s “Spread Offense” with its emphasis on the run game. The Eagles were first on the board when their QB/#11/JR/Daniel Ortiz took off around right end on a read option, picked up several key blocks downfield, and raced 60 yds. into the end zone at the (2:27) of the period. The PAT was unsuccessful. (6-0), Bell.

2nd Qtr—The Riders answered back with their own touchdown drive when a beautifully executed “play-action” pass caught the Bell defense stacked too tightly up front expecting a running play. QB/JR/#5 Andrew Flores calmly rolled to his right, pulled up and found tight end/JR/#23 Alfredo Sepulveda all alone in the secondary for a 35 yd. TD pass. The score came with (9:01) on the clock. The PAT was blocked. The score was now tied at (6-6).

In a “back-and-forth” style game, Bell would rebound with a drive of their own as they marched through the Rider defense en route to a 15 yd. TD run by their RB/JR/#30/Roberto Castro with (4:58) left in the half. This moved the score to (13-6), Bell.

But, with (2:46) remaining, the Riders countered with their own scoring drive as it was set-up by a huge 60 yd. play-action pass from from wingback Frankie Cruz to his fellow wingback Santos Rivera who slipped into the secondary before being tackled at the 35 yd. line. A few plays later, Rivera took it in from 15 yds. out for six. It was then followed by a 2 point conversion from Cruz, giving the Riders the lead at (14-13).

3rd Qtr—The “Big Play” of this period was a near duplicate play from earlier on the game when Ortiz took off on his first TD run. He actually repeated the same feat with (3:24) left to play going the same 60 yds. as before. Roosevelt did not have much success in sustaining their drives as they fell victim to several drive-ending penalties. The score at the end of the quarter was (20-14) Bell.

4th Qtr—At the (7:33) mark of the period, the Riders tied the score on a 6 yd. TD run by Frankie Cruz. The contest would not stay tied for too long as the Eagles took the lead on their next possession . They struck it big-time over the top when Ortiz found his tight end, SR/#42/John Cortes, streaking uncovered down the middle of the field at the 50 yd line. He broke one tackle early in his sprint to the goal line, but CB/Andrew Flores, managed to force him out of bounds at the 3 yd. line saving a TD. But, just two plays later, RB/SR/#2/Joe Valladares took it in from 2 yds. out for the go-ahead score. The Eagles missed their PAT. Score: Bell, 26, Roosevelt 20. This action came with 5:30 left.

Now, trailing (26-20) the Riders mounted their most critical “do-or-drive” of the game at the 5 minute mark as they started from their own 30 yd. line. After making several all-important first downs, they were steadily moving into scoring position. Then, QB/Andrew Flores on a run-option play over right tackle, managed to rush for what appeared to be a first down near the Bell twenty yd. line. However, a holding penalty negated the play and pushed the Riders back towards the Bell 4o yd line. Now, with 3rd and long, the Riders, out of their “Double-Wing T” formation, called a pitch-inside-reverse for Frankie Cruz and a sweep over right end. Unfortunately, as he was tackled, the ball was stripped and Bell recovered in front of their bench. This occurred with just over a minute left in the game. The Eagles were then able to run out the clock with several victory formations to secure the hard-earned victory. 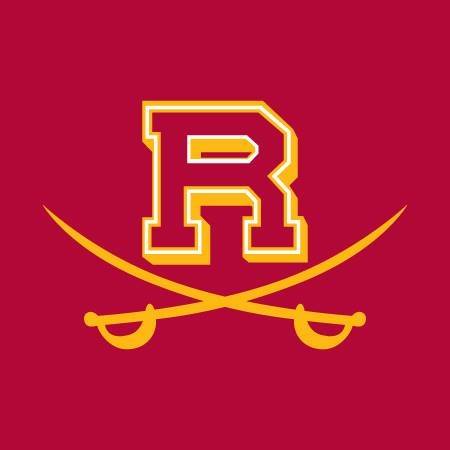