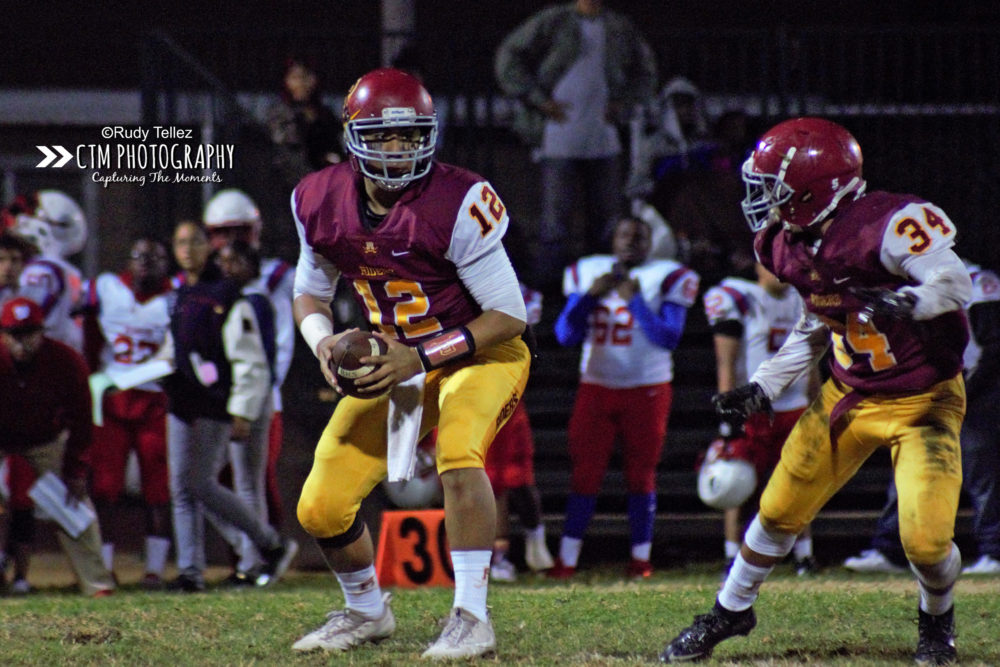 Special Note From The Editor: Game Day! Winning Time! Game On! Eyes On The Prize! All sports phrases that are synonymous with the importance of a competition that is intense and very much-awaited for those teams of destiny. In this regard, just be aware that five of our East L.A. Sports Scene covered teams are set to extend their seasons with lots of pride, passion, and accomplishment when the CIF/L.A. City Section’s Quarterfinal Round gets set to kick-off this Friday, 11/17/18, at 7 pm. For those of you who haven’t read our previous posting regarding this extraordinary feat, we invite you to read our write-up from the Opening Round which took place on 11/9/17, and know the playoff match-ups our teams are faced with. We kindly ask you to first like, and then widely share our posting with all of your contacts. The main idea is to quickly spread the word and generate crowd and community support for all of our teams. The time is right to support our committed and proud student-athletes during “Friday Night Lights-Playoff Edition.” Now, let’s all get out to the games on Friday and help them to bring home the win.  Rico Cabrera, Sr. – Editor, EastLASportsScene.Com

2017 Playoffs Picture: In what could go down in Eastern League and L.A. City Section history, all six schools qualified for the 2017 post-season playoff tournament. And to magnify the achievement, five of the six advanced out of the preliminary round last night, 11/9/17, and will now move on to the quarterfinals next Friday, 11/17 /17.

And finally, in Division III, let’s also analyze the merits of East L.A. Sports Scene’s two most followed Northern League schools. Congrats are in order to #6 Wilson as they defeated #11 Poly (Sun Valley) by the score of 28-14. And, then there’s the Head Coach, Charles Burnley led, #4 Torres Toros, who defeated #13 L.A. Jordan very convincingly by a score of 34-6.

So, after a quick review of the math, seven out of eight is very high winning percentage. Now it’s time to move on, and having said that, it also means that we as supporters will have to join the teams in courageously moving down the road to the finish line. We greatly hope you all make plans to get out and support your school and your favorite team for the remainder of the playoffs.

Needless to say, this outstanding achievement by all schools signals the increase in awareness of our three East LA. based schools, as well as those who are located just slightly beyond our boundaries. Big congrats to Head Coach José Casagran, South Gate Rams for winning the Eastern League and to Head Coach, Eddie Martinez, Wilson Mules, who will be retiring from his position at the conclusion of the season.

For those of us who truly believe in the hard work and dedication of the Coaches, Administrators, Athletic Directors, and student bodies who never gave up on their team and players, a gigantic salute to you for guiding and rooting our teams onward and upward to significant victories in the playoffs, always a sign of a successful season.

Now it’s time to take a closer and much clearer look at the upcoming encounters, by Division, in the quarterfinal round. A reminder that all games will be played on Friday, 11/17/17. Kick-offs are at 7 pm.