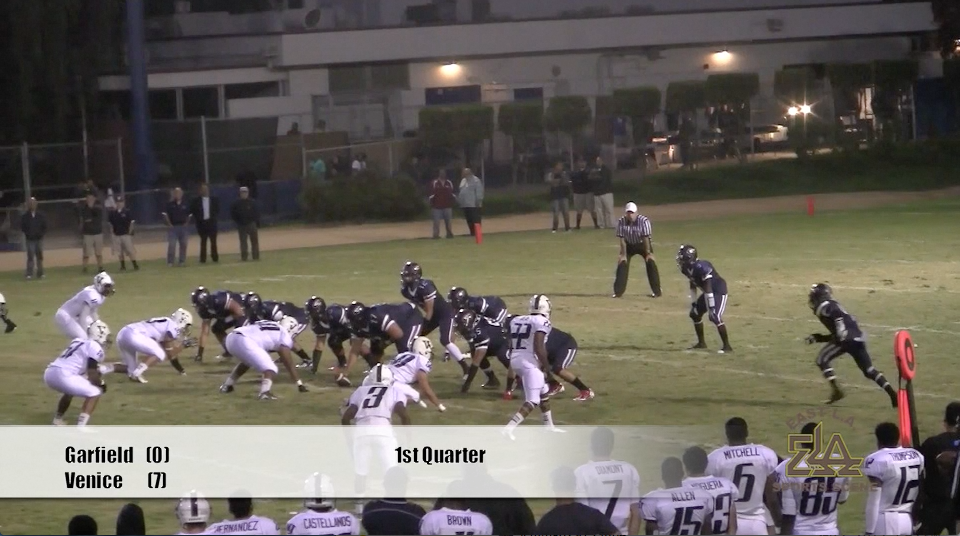 The 2013 High School Football season is just underway and it brings East L.A. Sports Scene back to the home of the Garfield HS “Bulldogs” as they prepare to battle a top 10 Division I ranked L.A. City School and Western League powerhouse, the Venice HS “Gondoliers.” The Bulldogs come into this game with a record of 0-2, having lost their first two games to the CIF Southern Section’s highly ranked, Edison “Chargers” (Huntington Beach), and St. Bonaventure “Seraphs”, (Ventura). Garfield Coach Lorenzo Hernandez is in a rebuilding year as he loses starters QB, Josh Mendoza, and All-City running back, Lance Fernandez, from last year’s team. This season Bulldog fans will see many new faces on the team as they compete for starting positions. The Bulldogs will put it all on the line as they always do, and see how  they measure up to a top flight opponent this early in the season. Veteran Venice High Coach Angelo Gasca will field a team with a very deep line-up of skilled players already being recruited by a slate of Division I universities. We cordially invite you to stay with us and take a good long look at the Bulldogs while also watching our first-time coverage of the Venice High “Gondoliers” on our presentation of The High School Game of The Week.