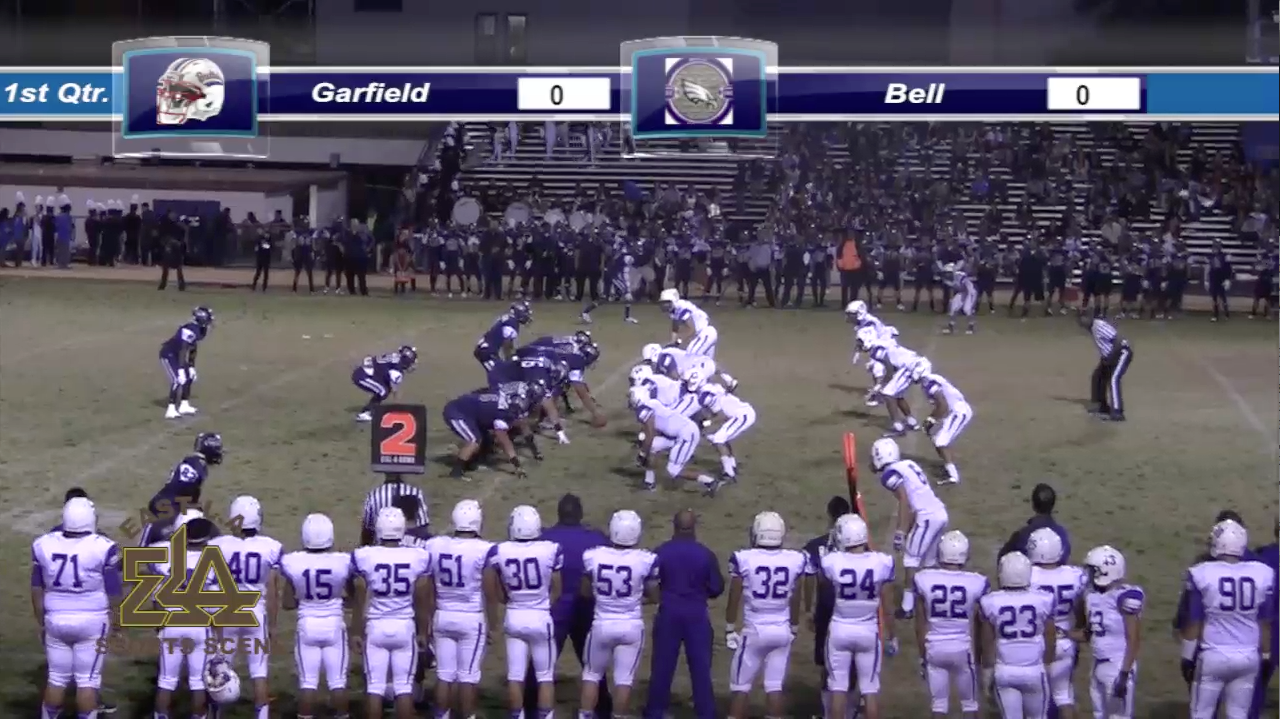 The Garfield “Bulldogs” host the Bell “Eagles” in this final regular season game of the Eastern League. Garfield comes into the game with an overall record of 6-3, but more importantly, they have an defeated record in EasternLeague play, posting a 5-0 record. As the only undefeated team in the League, odds are good that the Bulldogs could end up undefeated and therefore earn themselves a coveted higher seed in the Division 1 playoffs, which in turn should lead them to a first round home game. Stay with our production as we return to Garfield’s campus and witness their strong season finish, while also keeping in mind that the “Bulldogs” are coming off a most convincing and fourth consecutive defeat of their longtime archrivals, the Roosevelt “Rough Riders,” in last week’s 79th East L.A. Classic.