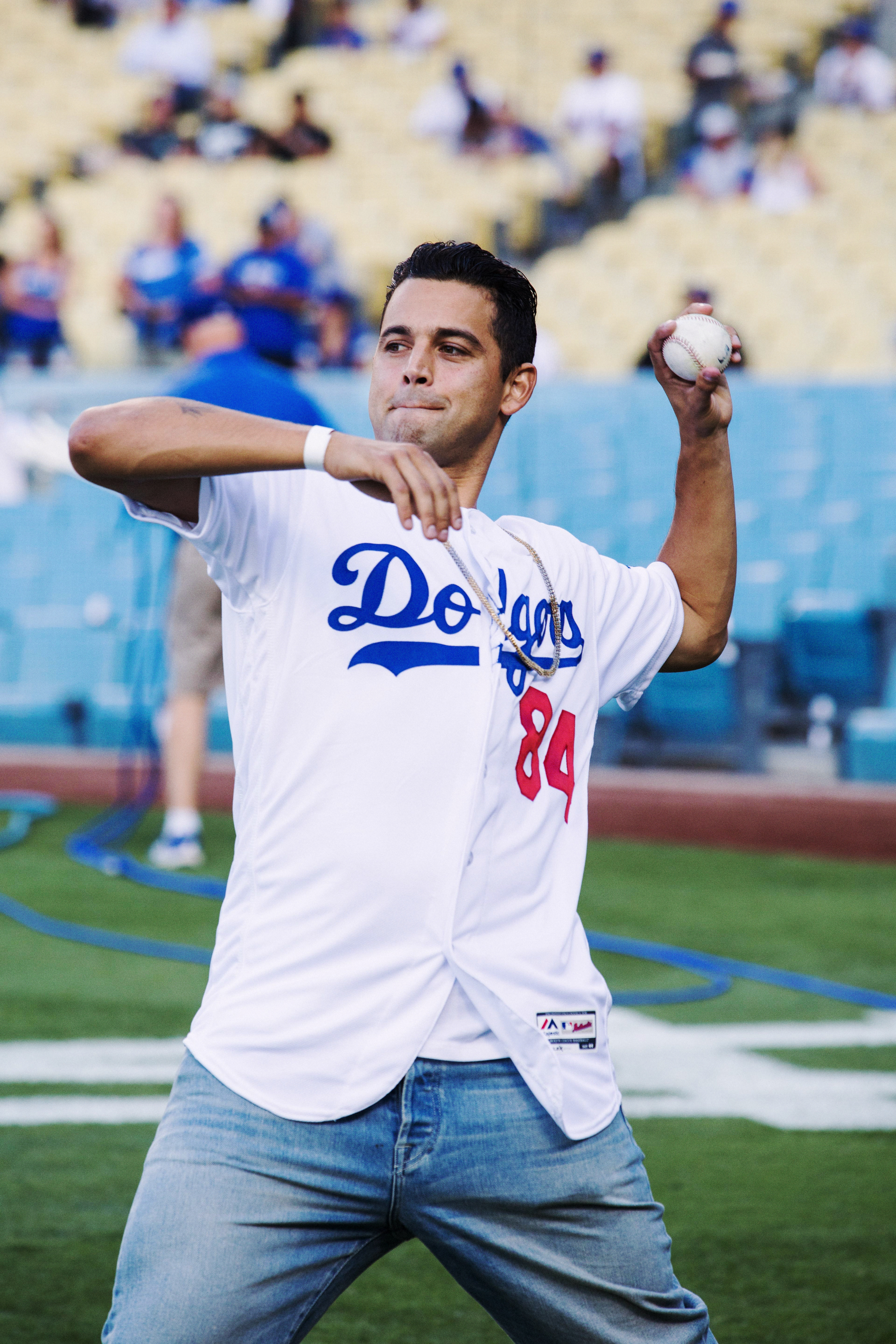 Note From The Editor: On July 5th, L.A. Dodger fans were treated to a special appearance by Los Angeles’ legendary and longtime Chicano street skateboarding icon, actor, Pro superstar, and Nike athlete, Paul “P-Rod” Rodriguez, Jr. The “Living Legend” himself, was asked to throw out the ceremonial and traditional first pitch of the game against the Arizona DiamondBacks. The moment was highlighted by Paul wearing his Nike SB Paul Rodriguez Ten shoes. The event highlighted the promotion of his tenth Nike branded skateboarding shoe. Read more about Paul and his newest skateboading shoe after viewing the photo gallery. Rico Cabrera, Sr. Editor, EastLASportsScene.Com

As the Nike brand Marketing and Publicity Department stated in their description of the event, “less than one percent of Nike’s endorsed athletes have received a signature shoe. Of that select group of athletes to receive a signature shoe, Paul Rodriguez is the first skater to join the ranks of the elite few who can claim a run of 10 Nike shoes. This summer, both Kevin Durant and Paul Rodriguez join those rarified ranks. While Durant recently celebrated in truly triumphant fashion (claiming his first NBA title while wearing the KD10), Rodriguez has quietly maintained a dominant position as one of the world’s most accomplished skateboarders. Designed to be both sophisticated and high performing, the Nike SB Paul Rodriguez Ten has a refined upper that allows for easy wear on and off board — perfect for Rodriguez’s lifestyle.”

During his highly successful career as a professional skateboarder, Paul has won a total of eight medals at the X Games, four of them gold, with the most recent first-place victory occurring in Los Angeles, in July 2012. He also won Silver medals at the Barcelona and Munich, Street League Skateboarding (SLS) partnership events in 2013.