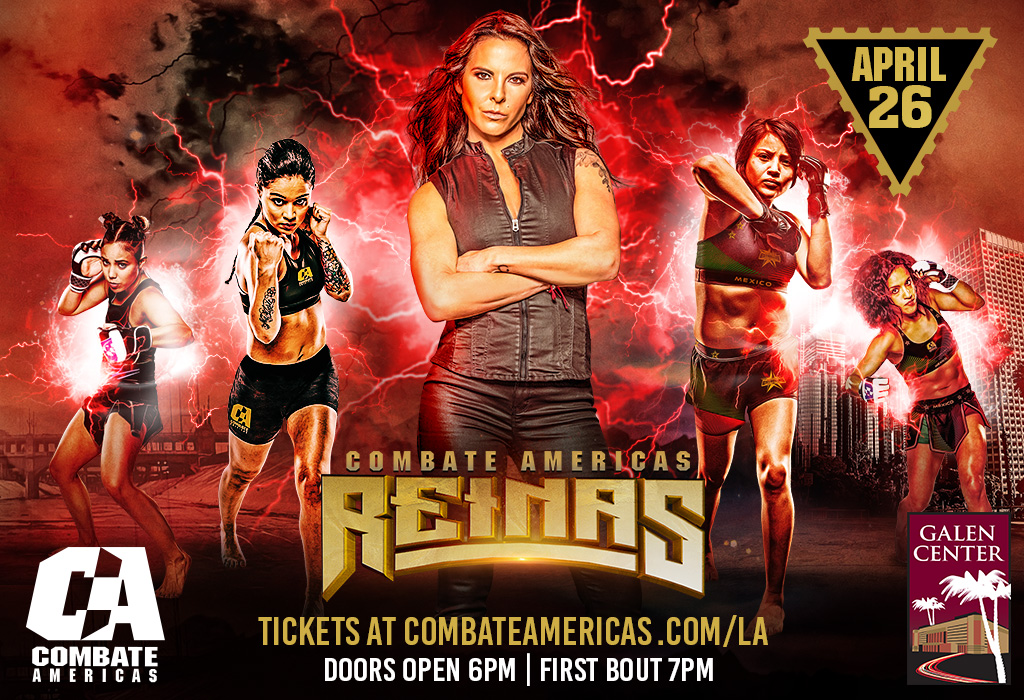 (Los Angeles, CA)—Combate Américas, founded in 2011, is the highly acclaimed and well-respected professional sports enterprise, that continues to make huge waves in the USA, Mexico, Spain, Puerto Rico, Central and Latin-America as it marches on with the showcasing its top brand of male and female Latino Mixed Martial Arts (MMA) competitors. It’s current promotion, Combate: Reinas/Combat: The Queens, is all set and ready to go tomorrow, Friday, 4/26 at USC’s Galen Center.

True to its word, Combate Américas, the premier Hispanic MMA sports entertainment franchise and media company, is swiftly zeroing in on its pledge to forever change the face of Latino sports coverage and programming. This will be Combate’s 36th fight card. To see the full card of tomorrow’s event and more information about Combate Américas, please click here.

A strong and growing sense of excitement is gradually settling down on the city as several of Combate’s world-renowned leaders, President, Alberto “El Patron” Del Rio (Former WWE Super Star), and the extremely popular Mexican actress, and significant shareholder, Kate Del Castillo, will both be part of the media build-up to the fight card. Promoters anticipate a very eager and enthusiastic crowd of Latino and other MMA aficionados from all walks of life, who will be treated to (10) action-packed bouts, six that feature Women and four that feature Men.

To watch the event on “Live Stream” fans can subscribe by clicking DAZN.com. To watch the card on a delayed basis, go to the Univision Network and tune in at 12 midnight. It will also be carried on a delay by Univision Deportes Network at 9 pm/PST. The first bout is scheduled for 7 pm, with doors opening to the public at 6 pm. Tickets, which are very reasonably priced, have been moving at a rapid pace, so go to the website now and purchase yours by clicking here.

Weigh-ins are scheduled for 5:30 pm today at the Ritz-Carlton Hotel, – “L.A. Live.“ and can be viewed “Live” on Combate’s Facebook Watch. Fans are also encouraged to follow Combate Américas on all of their social media platforms—Facebook, Twitter, and Instagram. 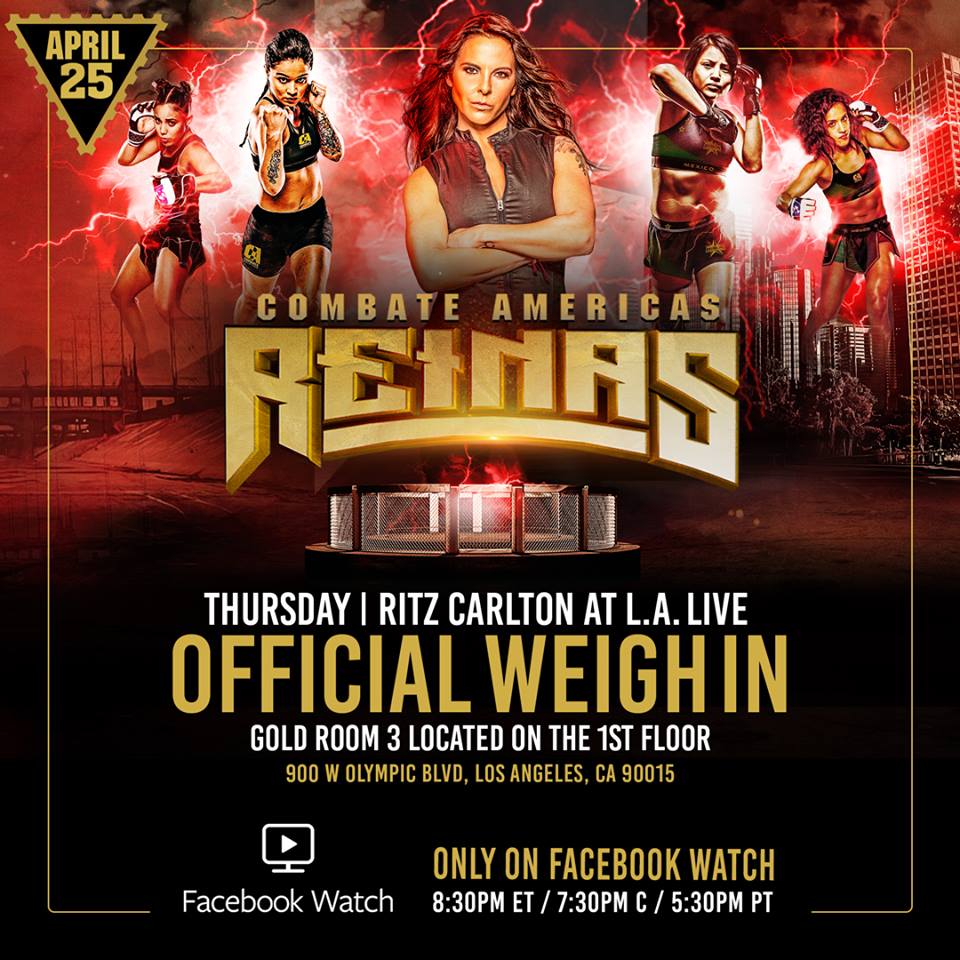