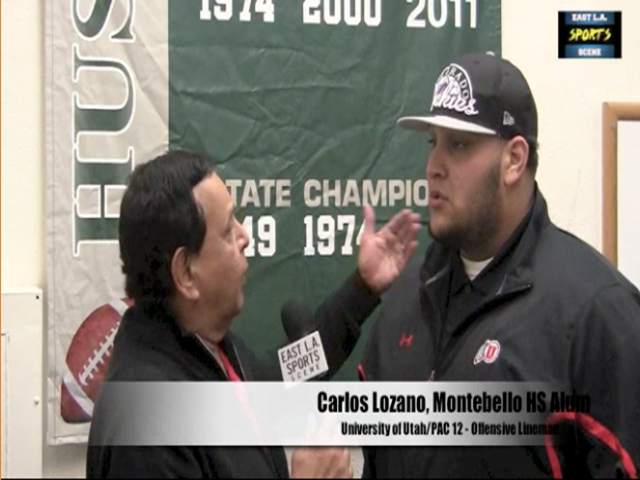 A new feature, entitled “Player Profile” was created to bring much-needed attention, promotion, and greater focus on those outstanding players/student athletes who have graduated from our local East L.A. High Schools and its Community College. The first individual that we are presenting to our viewers is Carlos Lozano, an East L.A. College “Huskie” alumnus, Class of 2011, and currently a football scholarship recipient to the University of Utah, a Division 1 and PAC 12 Conference member. Carlos will complete his “Red-Shirt” Junior year in June. Standing 6’6″ and weighing 375 lbs, he was strongly recruited as an offensive lineman and will be competing for the starting Left Tackle position on next season’s team. The piece begins with a look at the “Wall of College Scholarships” located in the ELAC Football Coaches Office, followed by Carlos’ interview. A one-on-one interview with first-year Head Coach, Steve Mojarro, concludes the program.