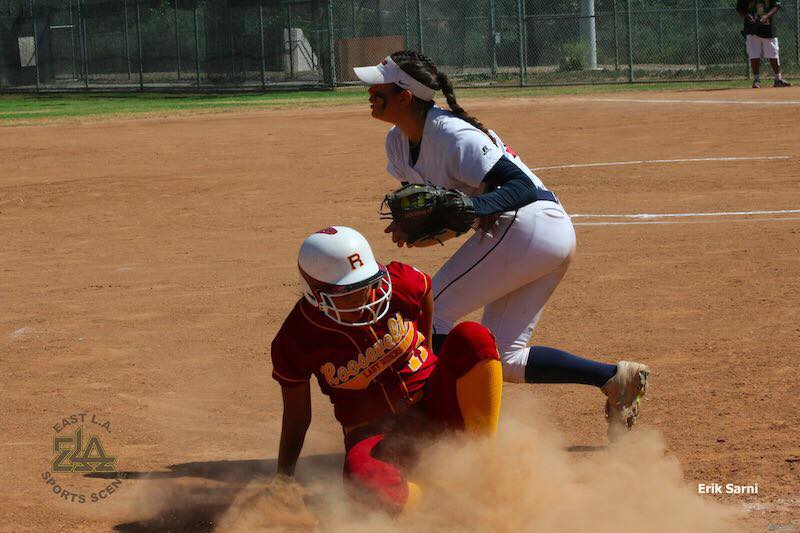 Note From The Editor: As we continue to move through the high school year and the softball season, we’re very glad and extremely proud of both of our East L.A. schools, the Roosevelt “Lady Riders” and the Garfield “Lady Bulldogs”. At this time, both are still in the hunt for the 2017 CIF/L.A. City Schools, Division II, Championship.

In a quarterfinal Divsion II playoff game today on Roosevelt’s home field, with first pitch at 3 pm, this longtime rivalry game is will be contested for an unprecedented third time in a single season. Indeed, a rare opportunity for both of our schools to be in the full spotlight of local high school softball programs.

In first-round match-ups, to that game, Roosevelt handily defeated Wilson HS, 13-4 while Garfield defeated Reseda HS in a nail-biter, 4-3 last week. So, with that said, today’s all-important and high-stakes playoff encounter takes place at Roosevelt due to their higher seeding at the #3 spot. The winner of course moves on, while the loser will have to call it a season, but a memorable one at that.

We now invite you to take a look at the photo gallery of their second round Eastern League game that occurred on May 2nd. The Lady Riders squeezed out a dramatic and impressive comeback 10-9 victory in that game. Please share our posting with as many of your social media networks as possible. Let’s keep this good sporting news flowing into our community and beyond!!  Rico Cabrera, Sr./Editor, EastLASportsScene.Com