However, as the saying invariably goes, forget about the season records and any differences in the L.A. City Section’s divisioning system, and let the teams, their student-bodies, their families, and the community all come together for one of the most exciting “Friday Night Lights” in the entire country, as the Bulldogs meet the Rough Riders in one of the most celebrated rivalries, bar none, in the country, equivalent in comparisons to the following: USC vs. UCLA, Notre Dame vs. USC, Michigan vs. Ohio State, and Army vs. Navy, just to name a few.

The Classic’s Annual Press Conference took place today, 10/30 at 10:00 AM. As a special bonus attraction in leading up to Friday’s game, we’re including “Exclusive” interviews with Head Coaches Lorenzo Hernandez, Garfield and Aldo Parral, Roosevelt. There are interviews with both Team Captains, #55 Anthony Ruvalcaba, Garfield and #53 Alek Rojas, Roosevelt, as well several other key players from both teams.

The game’s outcome will declare a sharp focus on two very important post-season results. The first—to the winning school go the bragging rights of being East L.A.’s Best Team for next year. And, the second, a solid reason for the City Section’s Computer Driven Playoff System to factor in the totality of our teams’ competitive equity in their selection process. The Bulldogs will most likely be given consideration to compete in the Open Division just as they did last season, while the Rough Riders will look to hopefully receive a home game seed in the first round of the Division I playoffs.

Tickets are now on sale at each school and will also be available on Game Day at ELAC. The crowd is anticipated to be larger this year since the Eastern League title is at stake for both schools as is a higher seed for the upcoming L.A. City Section Playoffs. The Bulldogs enter this contest with a six game winning streak, while the Rough Riders, come in a with a five game winning streak. Roosevelt is the designated Home Team for this game and their seating will be on the South side or Press Box side of the Stadium.

Garfield  comes into the game led by their veteran Head Coach, Lorenzo Hernandez, who guided the Bulldogs to their appearance in last year‘s CIF/State Division 4-A Final in Oakland. On their way to that game, they defeated Kennedy HS, (42-10)/Delano, CA-Northern Calif.), for the State’s Southern Regional Title. This game was part of “2018 CIF State Football Championship Bowl Games – Division 4-A” tournament. The Bulldogs also captured the 2018 Eastern League title.

Roosevelt is led by their second-year Head Coach, Aldo Parral and have played well this season, winning their last five games in a row, after being moved up to the L.A. City Section’s Division I category. The Riders, had a great 2018 playoff run in defeating Verdugo Hills, Wilson, and Canoga Park. That earned them the right to compete in the CIF/L.A. City Section’s Division II Championship game last season where they lost to the Locke Saints by a final score of (22-20).

One other aspect of the  “Classic” that deserves special inclusion is the Cheer & Drill Competition that takes place during the game. For many of our followers who don’t know, Cheer & Drill is now a fully accepted, and equal CIF/L.A. City Section Interscholastic Sport. To bring some brief clarity and definition to this, at the press conference we spoke with Larreine La Voie, one of four Co-Head Coaches of the Roosevelt Rough Riders Cheer & Drill Team, and she informed us that all L.A. City Section Cheer & Drill Teams are placed in Leagues and Divisions just as are all other competitive sports, and their Playoffs are treated co-equally. When asked how she now felt about her Team’s participation in the “Classic,”  she remarked, “It is more than just a football game. For Cheer this game is special in many ways. In the pre-show before the Varsity game the two Cheer teams come together and do a performance together to the same music and choreography. For this to happen both teams come together to practice and teach each other. The coaches sit back and team leaders from both teams work together to teach each other. It is those opportunities to engage with one another that is part of this entire experience. Our Cheer team as well as the Band, Drill Team and Leadership work very hard to be the best at the “Classic.” They take a lot of Pride in their performances, poster decorations, or whatever their contribution is. The “Classic” belongs to everyone because it is more than just about the game, it is about letting the world know and see what are the great things happening in our Beautiful Boyle Heights.”

To watch our “Live Stream,” just click on the Blue subscribe link above,  or, click on the embedded icon located in the video screen above, and you will be directed to the Sign-Up page where you will see the image below, where, you will be able to subscribe in two ways:

After signing up, just come back to this page to watch the game “Live!”

If you subscribe now, you’ll be able to watch all of the upcoming Playoff games that we, and other Affiliates, will be covering.

For our viewers who want to see lots of high school football, from both the local CIF/L.A. City Section and the CIF/SS (Southern Section) Leagues, plus many huge rivalry games, not only here in SoCal, but throughout the country, this is the best time to become a subscriber of the NFHS Network.Com. Your subscription will allow you to view a variety of other sports and events as long as it remains current. 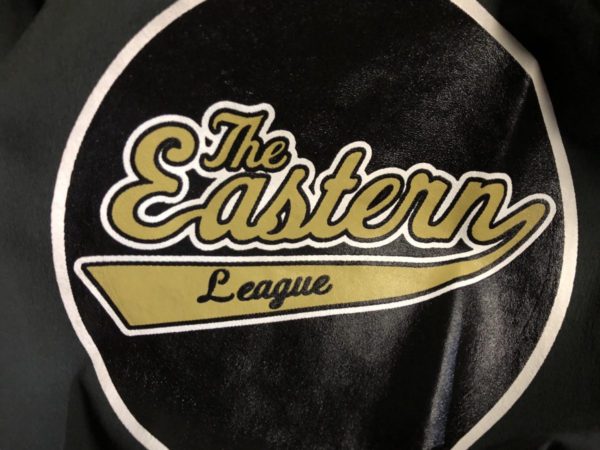