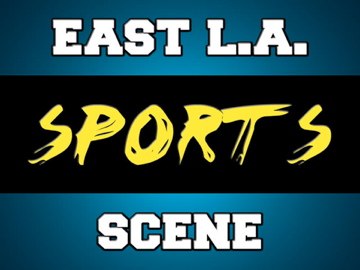 (East Los Angeles, CA)—East L.A. Sports Scene Productions, as a local Affiliate of the NFHSNetwork.Com takes this opportunity to offer a detailed and chronological recap of the season plus a huge “Thank You” to the thousand new subscribers who followed our first, full High School varsity football season and two divisional playoff games that featured up to a combined (7) schools representing the L.A. City Section’s Eastern, Northern, Metro, Exposition, and West Valley Leagues.

Interested and new viewers to East L.A. Sports Scene can watch these games by subscribing to the NFHSNetwork.Com and going to their Video on Demand (VOD) feature. Any subscriber may keep their subscription active for as long a period of time as they so choose. However, a minimum of one month must be the shortest timeframe to officially become a new subscriber. For more information, feel free to contact Rico Cabrera, Sr., East L.A. Sports Scene Productions, at (323) 723-2380.

Here is the chronological order of the 2019 “Live Streamed” season’s games.

Franklin, Garfield, Torres – All (2) games each

Video Highlight Coverage That Can Be Viewed FREE on EastLASportsScene.Com

Photo Gallery Coverage That Can Be Viewed FREE on EastLASports Scene.Com